Metropolitan centers in the Southeast are among the fastest-growing urban areas in the United States. Current trends toward highly urbanized, population-dense cities are expected to continue. Some urban communities in the Southeast are now recognizing the risk climate presents to their infrastructure systems for water, power, and transportation; they are also recognizing increasing health risks due to heat, flooding, and vector-borne disease.

As climate impacts increase, some urban centers are also dealing with the results of discriminatory policies that have shaped their neighborhoods over the past several decades, systemically impacting low-income communities and communities of color. In many cases, these neighborhoods are among the least resilient to climate hazards. Building holistic resilience to climate-related hazards also requires making progress on these long-standing issues.

Even as cities grow, the increased capacity and resources available within them can open new opportunities for adaptation. Some of these cities are realizing positive benefits as a consequence of reducing their emissions of heat-trapping gases or enhancing infrastructure to be more resilient to extreme weather and climate events. 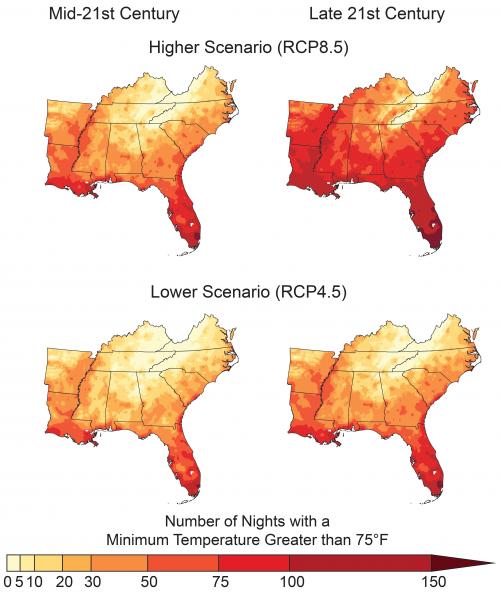 The maps show the projected number of warm nights (days with minimum temperatures above 75°F) per year in the Southeast for the mid-21st century (left; 2036–2065) and the late 21st century (right; 2070–2099) under a higher scenario (RCP8.5; top row) and a lower scenario (RCP4.5; bottom row). These warm nights currently occur only a few times per year across most of the region but are expected to become common events across much of the Southeast under a higher scenario. Increases in the number of warm nights adversely affect agriculture and reduce the ability of some people to recover from high daytime temperatures. With more heat waves expected, there will likely be a higher risk for more heat-related illness and deaths. Click on the image for a larger view and source information.

The number of days when nighttime temperatures stay above 75ºF has been increasing across the Southeast. By the end of the century, if global emissions of heat-trapping gases continue, some areas are projected to have more than 100 warm nights per year by the end of the century. Warm nights can reduce people’s ability to recover from high daytime temperatures, increasing the risk of heat-related illness and death. This effect is particularly pronounced in cities and can impact daily activities from work to recreation, especially in vulnerable groups.

Cities in the southeast, such as New Orleans, Raleigh, and Birmingham, are seeing a greater increase in timing, frequency, intensity, and duration of heat waves than the national average. Both temperature and humidity are accounted for in identifying the occurrence of heat waves, and these have significant impacts on the health and productivity of urban residents. As the Southeast is bordered by the Atlantic Ocean and Gulf of Mexico, this generally warm region also has higher humidity than other parts of the country. As a result, cooling homes is necessary to decrease both temperatures and humidity, and also to reduce the growth of mold.

Residential electricity costs in parts of the Southeast are already abnormally high compared to other regions. An increase in heat waves will increase the need for cooling homes, affecting affordability. As cooling homes is projected to become more costly, heat-related illnesses and death are projected to increase over time. For more information on the uneven impact future global warming is projected to have U.S. energy spending, see this Climate.gov article.

As temperatures increase, the Southeast is projected to see the greatest decline in labor productivity in the nation. If emissions continue to increase, the region could lose up to a third of its outdoor productivity from heat-related impacts by the 2090s. Of the top ten states with highest occupational heat-related deaths, six are in the Southeast. Some of the most vulnerable sectors to heat-related deaths include laborers in construction and support, waste, and remediation services, which are highly concentrated in urban areas where people lack access to air conditioning. 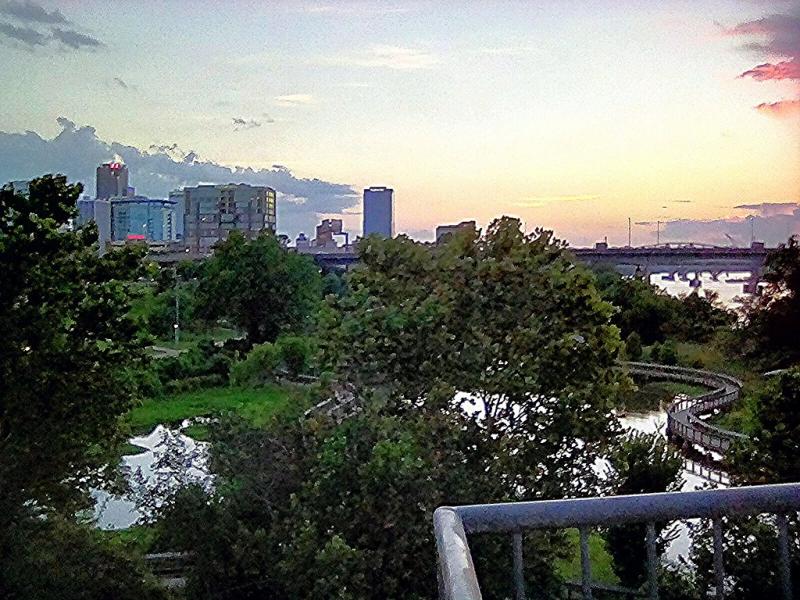 Some cities are already taking steps to increase resilience to heat events, such as increasing urban tree cover and installing cool roofs to reduce negative health impacts from heat. Yet solutions for deep-rooted socioeconomic inequalities need to be addressed, so that all urban dwellers can afford to cool their homes and take basic actions to protect themselves from heat-related illness. In addition to those typically at high risk for extreme heat—the very young, elderly residents, and those with chronic conditions—an effort by ISeeChange in New Orleans revealed a fundamental link between housing security and heat vulnerability.

When cities consider redevelopment, they can implement urban designs that facilitate air movement to alleviate heat. As city blocks get redeveloped, criteria for positioning buildings can include the ability to move and circulate air. Higher standards for insulation of buildings and homes can also be adopted by cities to keep homes and buildings cooler longer, including at night. 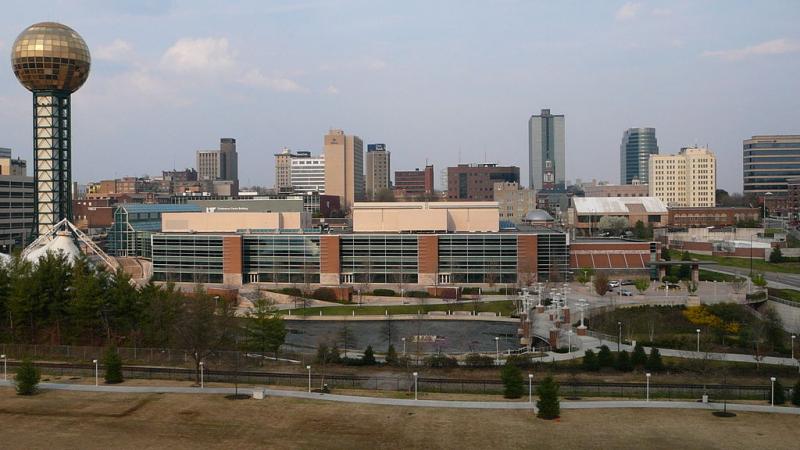 Clean air in the skyline view of Knoxville, Tennessee is the result of years-long efforts to reduce emissions.

Major urban centers in the Southeast can experience poor air quality from vehicle and power plant emissions, wildfires, and allergens such as pollen. During warmer months, the Southeast often experiences stagnant air masses; inhalation of the very small particles suspended in stagnant air (sometimes called particulate matter) can lead to heart and lung disease. Additionally, some people are sensitive to ground-level ozone, and warmer and drier autumns are expected to lengthen the period of ozone exposure in the Southeast. Dust-raising activities related to rapid growth in urban areas increase the abundance of allergens and particulate matter in the air, and this can exacerbate respiratory problems such as asthma.

In general, urban areas also have higher concentrations of carbon dioxide, and this promotes the growth of plants such as ragweed. As a consequence, these plants grow faster and produce more pollen than in rural areas. Urban Heat Islands can also lengthen the growing season for deciduous trees in urban green spaces, prolonging the allergy season. Shifts in land-use patterns and changing standards for vehicle and power plant emissions may reduce future health impacts of poor air quality. 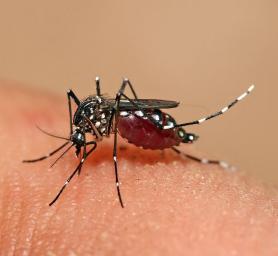 Aedes aegypti is one species of mosquito that can spread diseases.

Climate change is likely to modify the occurrence of vector-borne diseases spread by the bite of mosquitoes and ticks in the Southeast. In urban areas, standing water that pools in man-made structures, tires, or buckets can become breeding grounds for some species of mosquitoes, increasing people’s risk for vector-borne diseases. With the observed increase in heavy precipitation, standing water can become a major contributor to vector borne diseases. Adult mosquitoes of the species Aedes aegypti—responsible for spreading several diseases including Dengue fever and Zika—currently thrive across most of the Southeast from July through September. As conditions become tolerable for these insects year-round, human health risks for diseases carried by the mosquito are expected to increase across the Southeast.