Warming is projected for all parts of the United States throughout the 21st century. The combination of hotter summers and milder winters will result in a net increase in energy consumption. 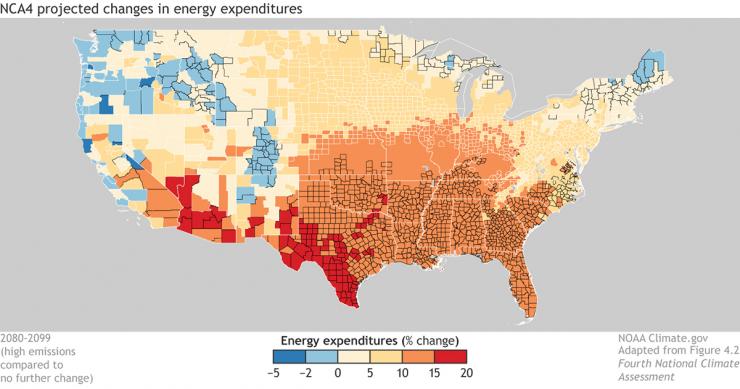 Projected changes in U.S. electricity expenditures by 2080–2099 compared to today, assuming continued increases in carbon dioxide emissions from fossil fuels. For each county, the fill color indicates the median percentage change in projected spending on electricity as a result of rising global temperatures. The outline color indicates the level of certainty of the projections. Black outlines indicate projections with the greatest confidence; no outline indicates a bit less confidence. Projections for counties with thin white outlines have the lowest confidence.

The mix of energy sources used in each region may also change with increased temperatures. Winter heating is powered by a mixture of electricity, fuel oil, and natural gas, whereas summer cooling is powered by electricity. The expected consequence of this situation is reduced demand for fuel oil and natural gas and increased demand for electricity. Using wind and solar to generate electricity to meet this demand may shift consumption of fossil fuels to more renewable sources of energy. 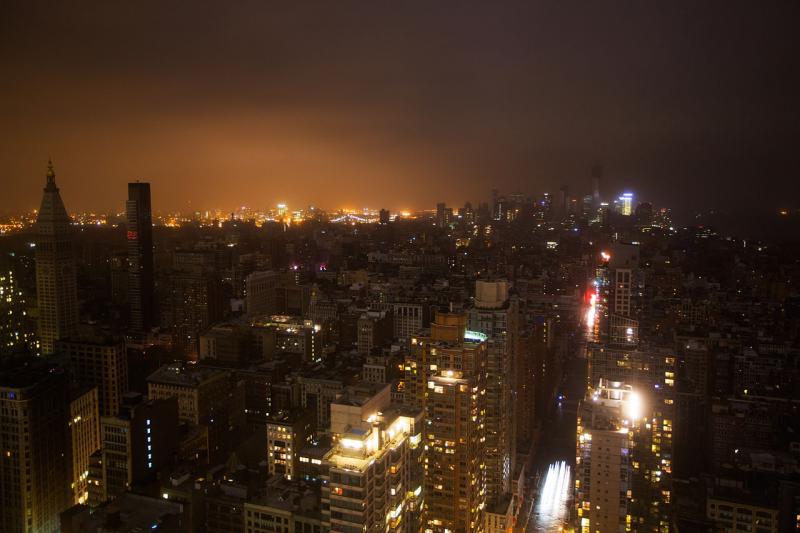 Increased energy consumption may strain energy infrastructure, especially during periods of peak energy demand. For instance, on days when temperature exceeds 95°F, demand for electricity may exceed the capacity of energy-generating facilities and the electrical grid. Disruptions in service—including the potential for widespread blackouts—may result. Increased instances of peak demand for electricity could also affect production and transmission costs, ultimately increasing costs for consumers.

Other factors in energy consumption

The preceding text is excerpted and abridged from Impacts, Risks, and Adaptation in the United States: Fourth National Climate Assessment, Volume II Chapter 2: Our Changing Planet and Chapter 4: Energy Supply, Delivery, and Demand, and

Climate Change Impacts in the United States: The Third National Climate Assessment Chapter 2: Our Changing Climate and Chapter 4: Energy Supply and Use.