Energy production is experiencing a transformation driven by technology, markets, and policies that will change the system’s vulnerabilities to extreme weather and climate hazards.

Changes in the energy system

Dramatic reductions in the cost of renewable generation sources have led to the rapid growth of solar and wind installations. In the United States during 2016, energy generated by solar sources grew by 44 percent and wind generation grew by 19 percent. 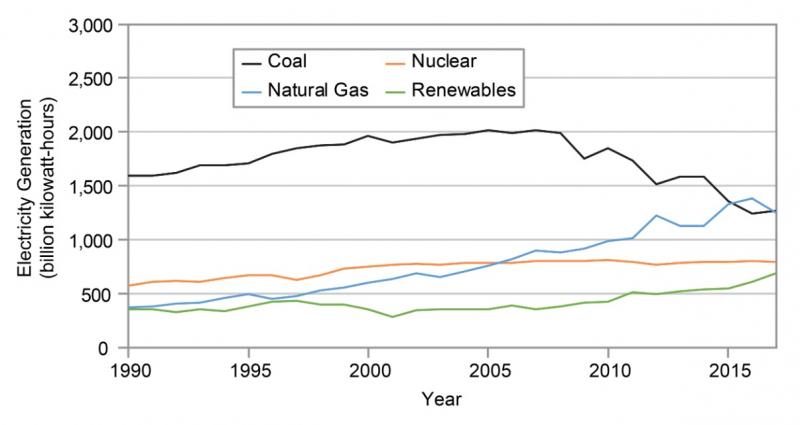 Electric power generation from different fuel sources and technologies from 1990 to 2017. Since 2010, the declining market share from coal has been filled largely by natural gas and, to a lesser extent, renewables such as solar and wind power.

These changes offer the opportunity to diversify the energy generation portfolio, yet they require planning for reliable and resilient operations. Natural gas generation generally improves electric system flexibility and reliability, as gas-fired power plants can ramp up or down quickly in response to use. However, gas supplies and the systems that transport them are vulnerable to different hazards than the systems that provide coal. Additionally, solar and wind installations are exposed to different hazards than coal and gas power plants.

This section is excerpted and abridged from the report Impacts, Risks, and Adaptation in the United States: Fourth National Climate Assessment, Volume II (Chapter 4:Energy Supply, Delivery, and Demand).

Decreased precipitation, increased evapotranspiration, and increased temperatures associated with climate change may decrease energy production in some regions. Production of electricity from fossil fuels, nuclear power, and hydropower requires adequate supplies of water. For generation methods that require steam, it takes about 25 gallons of water to generate 1 kWh of electricity. Water withdrawals for power plants represent the largest demand for fresh water in the United States, accounting for up to 41 percent of withdrawals in some regions. If water supplies are limited, the supply of electricity will be as well. 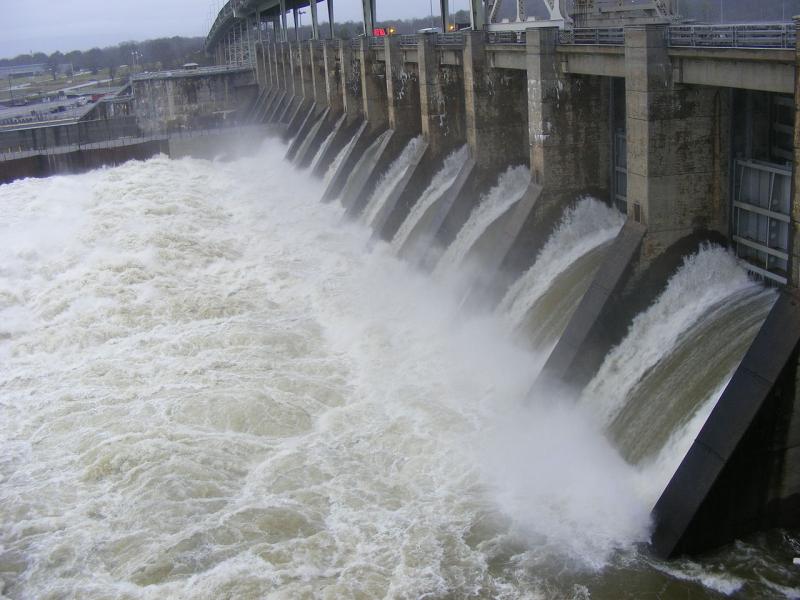 The Chickamauga Dam in Tennesee generates electricity through hydropower.

Hydroelectric power also requires sufficient water: reservoir levels must be high enough to provide the hydraulic head (liquid pressure) that drives turbines to generate electricity. Models suggest that a one percent decrease in precipitation would decrease water supplies enough to decrease hydropower generation by three percent. Changes in streamflow during different seasons may also reduce generation of electricity in the West because the hydropower process relies on seasonal snowmelt to provide steady outputs throughout the year. 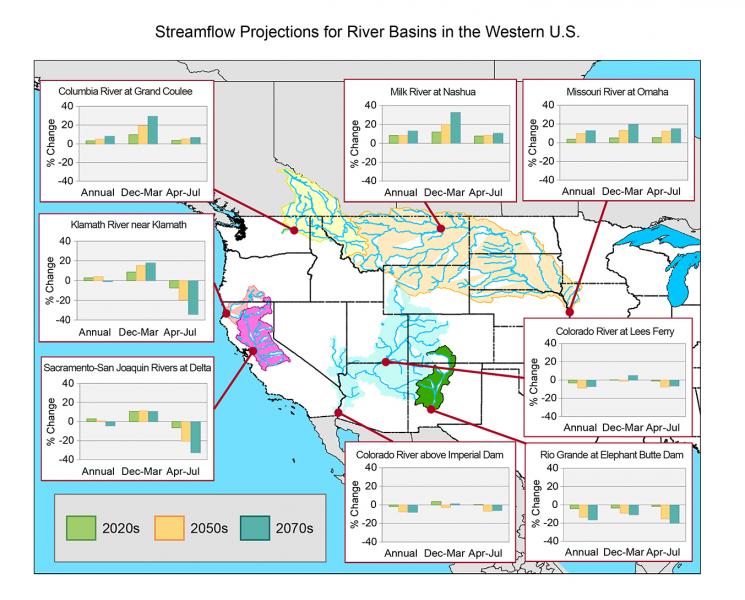 Annual and seasonal streamflow projections for eight river basins in the western United States. The panels show percentage changes in average runoff, with projected increases above the zero line and decreases below. Click the image for a larger view.

Climate change is expected to result in decreased precipitation in at least one season for many regions of the United States, resulting in smaller volumes of water in streams and reservoirs. In the Northwest and Southwest, expected decreases in the portion of precipitation that falls as snow in the winter as well as drier conditions in the summer may also decrease summer stream flows. In all regions, increased temperatures will increase the rate of evapotranspiration, leading to a decrease in surface water supplies in rivers and reservoirs.