Changes in crop and livestock production yields resulting from climate variability and change will have consequences for global food security, and could lead to global price spikes and civil unrest. 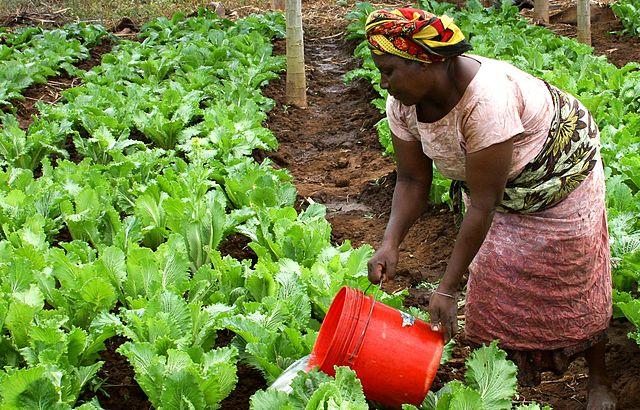 The rising incidence of extreme events—such as heat waves and droughts—will have increasingly negative impacts on crop and livestock productivity.1 These climate variability and change impacts on agriculture will have consequences for food security globally. Food security is also affected by a variety of pressures from both the supply and demand sides, including varying economic conditions, market globalization, the safety and quality of food, land use and demographic change, and disease and poverty.1 Changes in production due to observed extreme events are incorporated into future forecasts of food insecure populations in many developing countries.2

Food security will be affected by how climate change and extreme weather affects crop yields at the local and national level, and by how climate change, and changes in extreme events, affect food storage, transportation, retailing, and consumption. The Chicago Council on Global Affairs reports that the effects of climate change and variability “could slow the growth of global food production by 2 percent each decade for the rest of the century.”3

Crops and livestock that are vulnerable to climate change may see an increase in price variability. According to a 2014 report issued by the Chicago Council on Global Affairs, extreme weather events have been a precursor to global food price spikes during the last decade.3 For example, in 2011 flooding and heat waves led to catastrophic crop losses around the world, causing economic consequences in Australia ($6 billion from flooding), Pakistan ($5 billion from flooding), and Russia ($5 billion from extreme heat).3 This illustrates the economic impacts of extreme weather events, which are projected to increase in frequency and intensity as the climate changes.3