Half of the global supply of seafood for human consumption comes from aquaculture. The unique circumstances of some aquaculture operations provide resilience to weather- and climate-related impacts; other operations are increasingly vulnerable to warming waters and acidification. 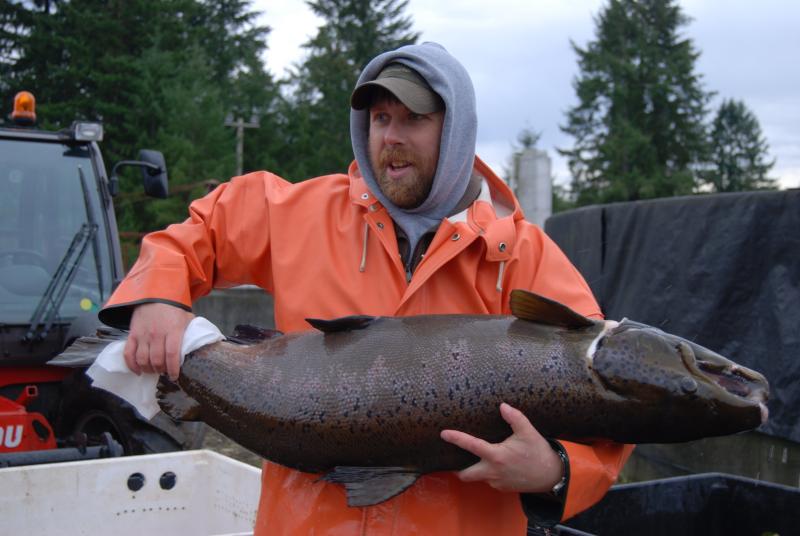 Aquaculture is the breeding, rearing, and harvesting of animals and plants in all types of water environments, including ponds, rivers, lakes, and the ocean. Aquaculture is used for producing seafood for human consumption; enhancing wild fish, shellfish, and plant stocks for harvest; restoring threatened and endangered aquatic species; rebuilding ecologically important habitats; producing nutritional and industrial compounds; and providing fish for aquariums. After harvests from wild fisheries reached a plateau in the mid-1980s, many parts of the world turned to aquaculture as a resource-efficient way to produce protein and meet demand for seafood. Globally, aquaculture already supplies half of all seafood produced for human consumption, and this percentage continues to rise.

Just as fisheries and agriculture are vulnerable to the impacts of climate change, so is aquaculture. However, the unique locations and practices of aquaculture can provide some level of climate resilience for the world’s food production systems. For instance, ocean-based aquaculture operations free up the land and fresh water that would be required to produce an equivalent amount of food through terrestrial agriculture. Additionally, aquaculture operations are safe from tornados, droughts, floods, and other land-based extreme events that may increase with climate change. Aquaculture also serves as an economic resilience-building strategy: it has emerged as an alternative ocean-based livelihood for fishermen whose work has changed due to negative impacts on wild fish stocks.

Projections for how aquaculture will respond to climate change vary. In some regions, warming waters may result in increased occurrences of harmful algal blooms and pathogens, and these events can be particularly detrimental for cultivation of shellfish such as oysters, mussels, and clams. However, in tropical and subtropical regions, projections indicate that ocean water temperature will remain within the optimal range for most cultured species. In these regions, warming could result in faster growth and increased regional production of cultured stocks.

Ocean acidification poses a significant risk to shellfish aquaculture, as young shellfish are less able to grow shells as the pH of their environment decreases. The impact of ocean acidification is already being felt in shellfish hatcheries in the Pacific Northwest. Hatcheries are responding to reduce their vulnerability through smart site selection, improved animal health programs, species selection, selective breeding, advanced animal nutrition, and other husbandry approaches.

Aquaculture also has the potential to play a role in reducing global climate change and its impacts. In a process referred to as bioextraction, seaweeds and filter-feeding shellfish take up carbon dioxide and nutrients from their environment, improving water quality as they grow by removing dissolved acid, nitrogen, and phosphorus. In Puget Sound, a collaborative group has undertaken an effort to farm seaweed to help mitigate ocean acidification. Seaweeds also give off oxygen, which can improve water quality in low-oxygen dead zones.

Another aquaculture strategy—the use of conservation hatcheries—can be used to help save or rebuild wild aquatic species or populations that have been depleted. For example, efforts to raise captive broodstock to rescue Snake River sockeye salmon from near-extinction have produced millions of eggs and fish for reintroduction.

As ocean conditions continue to change, aquaculture has an increasingly important role in maintaining the production and availability of seafood for the world’s growing population.

Excerpted and abridged from the following sources: