Marine fisheries and the fishing communities they support are at high risk from climate-driven changes in marine ecosystems. Fisheries management can incorporate climate knowledge to reduce impacts, and communities that depend on catching fish can consider potential impacts and make plans to increase their resilience.

Climate change may seem far off in the future to some people, but for many who work in fisheries, it’s definitely here and it’s already having a big effect. 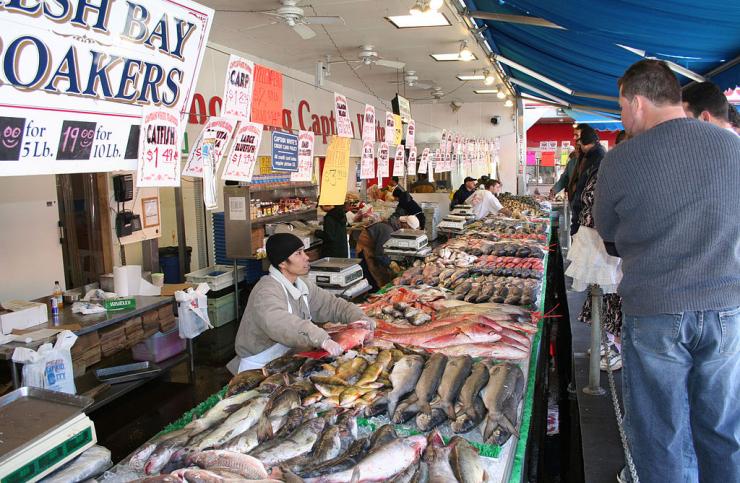 Changes in water temperature and chemistry are leading to shifting abundances and distributions of several fish species. Commercially valuable species—such as silver hake, American lobsters, and winter flounder—are moving farther north or into deeper waters to stay within their preferred temperature ranges. Warmer temperatures can also influence growth rates and the timing of seasonal migrations. In 2012, lobsters in the Gulf of Maine started their summer migration a month early and grew to market size faster than usual. The result was a saturated market and a price collapse for Maine lobstermen. (See the related Case Study Maine's Lobster Fishing Community Confronts Their Changing Climate.)

Similar changes are happening in many places along our coasts. In communities that depend on fishing and tourism, these changes can cost jobs and disrupt traditional ways of life. These impacts highlight the need for information and tools to help track climate-related changes, understand the mechanisms of change, and ultimately provide fisheries managers and stakeholders with forecasts and early warnings of environmental changes in marine and coastal ecosystems.

Given the pace and scope of expected climate impacts on marine, coastal, and freshwater ecosystems, the ability to understand, plan for, and respond to climate impacts on fisheries and the communities that depend on them is fundamental to their stewardship in a changing climate. 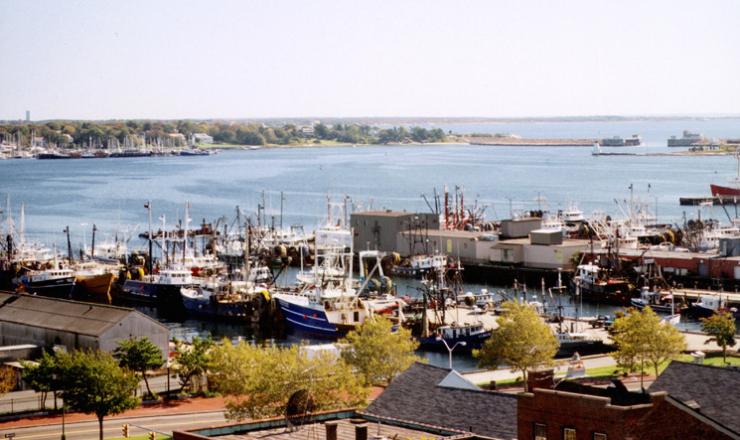 View of ships in the harbor at New Bedford, Massachussetts.

The impacts of climate change on tourism and recreation are expected to vary significantly by region. For instance, some of Florida’s top tourist attractions, the Everglades and Florida Keys, for instance, are threatened by sea level rise. These regional economies may see revenue losses of $9 billion by 2025 and $40 billion by the 2050s. Meanwhile, in more northerly regions such as coastal Maine, tourism may increase as summer months grow warmer and more people decide to visit the state’s beaches.2

Some components of the marine ecosystem are already responding to changes in their environment. Warmer ocean conditions along the East coast coincide with changes in distribution and abundance of some of the nation’s living marine resources. For example, the distribution of black sea bass populations has shifted to the north: these fish have increased in abundance in the Gulf of Maine at the same time as their abundance decreased in the historically fished areas off the coast of North Carolina.

An example of community response to change 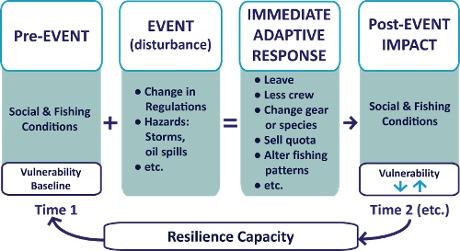 Indicators can help gauge community vulnerability and resilience to change. This conceptual diagram shows how fishing communities can use indicators to help them evaluate potential responses to natural or social disturbances.

Representing the sequence of events in a conceptual model can help communities perceive opportunities to intervene in ways that build their capacity for resilience. The generalized model can be applied to any coastal community that experiences a natural or man-made disruption.

The previous text is excerpted and abridged from the NOAA National Marine Fisheries Service Socioeconomics Topic.