Climate-related impacts are only one of the threats to our nation's living marine resources. Fisheries and tourism—and the economies of communities supported by these sectors—rely on healthy marine ecosystems. Research provides information for effective management of these resources. 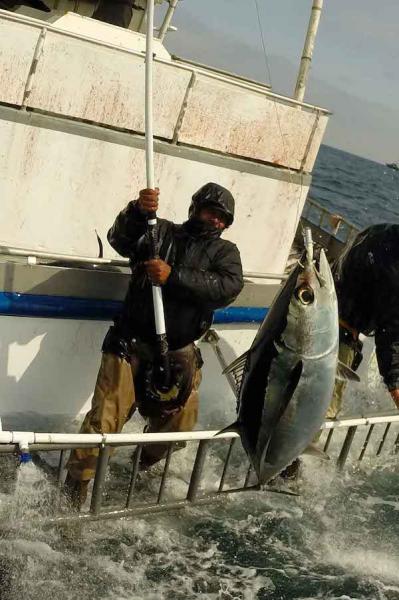 A commercial fisherman lands an albacore west of Astoria, Oregon.

Climate-related changes in ocean and coastal ecosystems are impacting the nation’s living marine resources, as well as the people, businesses, communities, and economies that depend on them. Resources in coastal and ocean environments support commercial and recreational fisheries—they also attract huge numbers of visitors to the coast for tourism. Additionally, living marine resources provide sustenance and help preserve native traditions and cultures.

For the nation to maintain its living marine resources, including the recovery and conservation of protected and endangered species, fisheries managers must implement plans that account for multiple factors that affect marine ecosystems.

A region’s climate—under water as on land—ultimately controls most of the physical parameters of its ecosystems. To a great extent, physical conditions such as temperature determine habitat suitability, as well as species’ growth rates, reproductive success, and geographic and seasonal distributions. In turn, these measures affect ecosystem structure, function, and productivity. Over time, changing climate conditions are expected to impact marine ecosystem productivities, species’ abundances, species’ distributions, and/or community interactions, including changes in predation and competition.

Disentangling the impacts of climate from other impacts on living marine resources can be difficult. Scientists have documented poleward shifts in a large number of marine species, but climate may not be the cause in all cases. For instance, a recent study1 documented significant northern shifts in the distribution of three species of fish: black sea bass, scup, and summer flounder. Scientists determined that distribution shifts in black sea bass and scup were in response to recent increases in temperature; however, the shift in summer flounder was determined to be due to an increase in the proportion of older fish in the population—older fish migrate farther north than younger fish. Determining which species are being impacted by climate is one of the goals of climate and ecosystem studies. 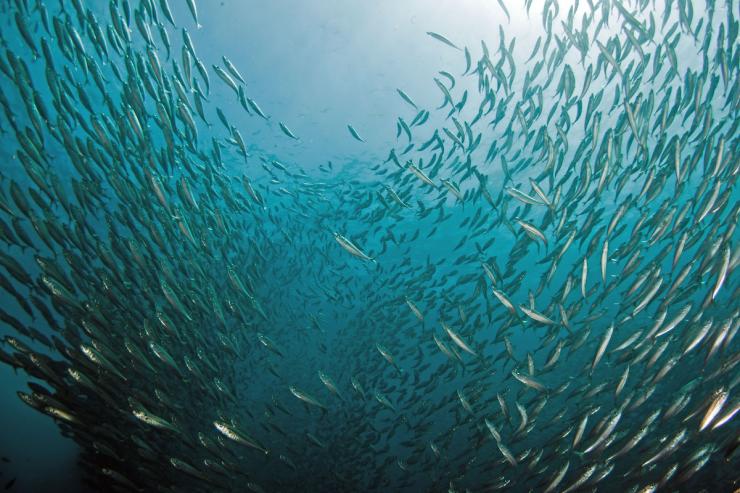 Ultimately, studies on climate and marine ecosystems provide scientific predictions about how living marine resources will respond to our changing climate. Results from these studies point to the need to manage for complex ecosystems: managers need knowledge and tools that help them incorporate climate variability and change into their management and recovery strategies. The following sites point to policies and examples of these strategies.