When the environment has less moisture than usual, drought can threaten water supply, devastate crops, dry out forests, and reduce food and water available for wildlife and livestock. Drought impacts can mount quickly, leading to economic impacts. 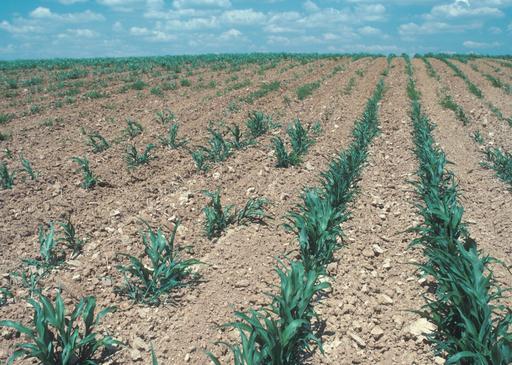 A corn crop in Arkansas is stunted and sparse due to drought conditions.

Most regions of the United States experience drought at least occasionally. Starting with below-average precipitation or higher-than-normal temperatures, drought conditions can sap moisture from the air, soil, plants, streams, and lakes within a matter of weeks. Depending upon how severe the conditions get and how long they last, drought can devastate crops, dry out forests, reduce food and water available for wildlife and livestock, restrict recreational activities, and stress businesses and economies.

Higher surface temperatures brought about by global warming increase the potential for drought. Evaporation and the rate at which plants lose moisture through their leaves both increase with temperature. Unless higher evapotranspiration rates are matched by increases in precipitation, environments will tend to dry, promoting drought conditions.

Monitoring and communicating the presence of drought

Each week, drought experts assess the drought status of regions across the United States and produce an updated map of drought. The experts consider how recent precipitation totals and temperatures compare to their long-term averages, check moisture levels in soils, and monitor water levels in streams and lakes. They also watch for indicators of drought such as vegetation stress. Altogether, the experts check dozens of indicators to establish consensus on a range of drought categories, and then use the information to produce a new map, released every Thursday at Drought.gov. Before the weekly map is published, up to 350 people across the country review the draft to check it against reality. Each final map represents experts' best judgments of regional-scale drought conditions, validated by partners in the field.

Drought in the Southwest United States

In the face of long-term drought, Southwestern communities and economies are facing new and emerging challenges in ensuring adequate water supply to meet their needs. The video below includes interviews with people whose livelihoods are impacted by the drought and discusses how rising temperatures are bringing aridification and a “new normal” to the region. Video produced by NOAA/NIDIS and S&D Marketing | Advertising, with footage provided by Sonya Doctorian.

Living With Drought and Increasing Aridification in the Southwest 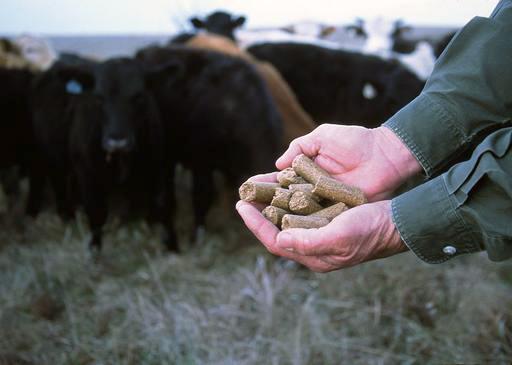 An Oklahoma rancher feeds supplemental pellets to cattle during drought.

Drought can develop at varying rates as temperature and precipitation patterns change. Drought.gov's interactive interface for Historical Data and Conditons lets users view the weekly development of past drought events. For detailed information on development of the 2010–2015 Texas drought, view the StoryMap, "Evolution of the 2010–2015 Texas Drought" (opens in a new tab/window).

Drought can also develop very quickly. Flash Drought—the rapid onset or intensification of drought—is set in motion by lower-than-normal rates of precipitation, accompanied by abnormally high temperatures, winds, and sunshine. Once drought conditions develop, they can worsen rapidly, putting local resources and regional economies at risk. In general, farmers, ranchers, and business owners who monitor drought information and have plans in place for dealing with dry conditions before they occur will have more options for managing their risk.

Which states are most vulnerable to drought? 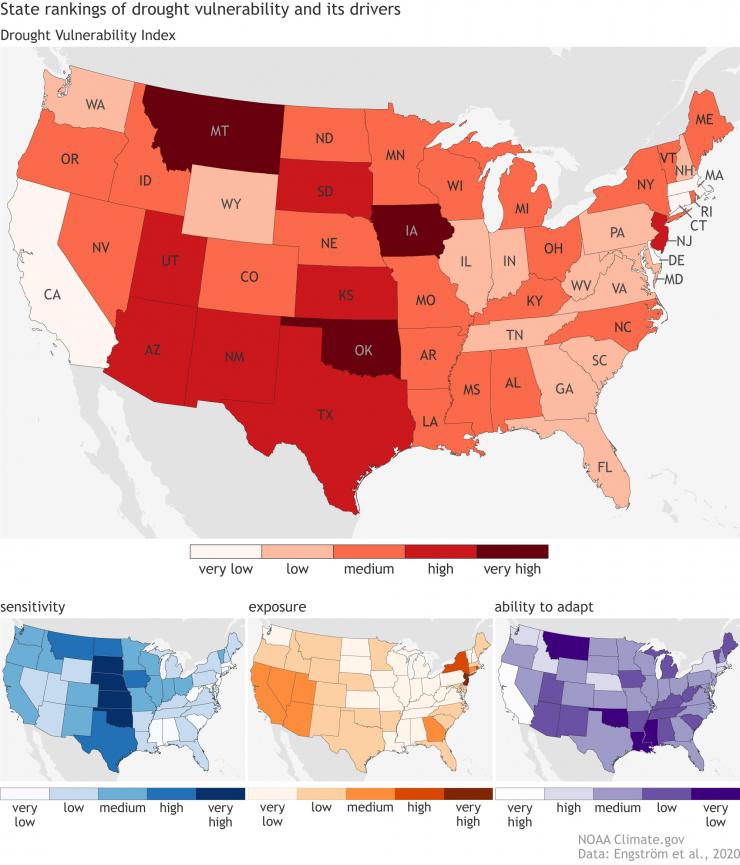 Adapted from Climate Change Impacts in the United States: The Third National Climate Assessment (Chapter 2: Our Changing Climate and Chapter 3: Water Resources) and other sources as listed.