Conservation organizations teamed up to document the climate vulnerability of mountain springs that support unique ecosystems. Now, the Alliance they formed facilitates restoration work to enhance habitats and improve resiliency.

Islands in the sky

When hikers ascend Chiricahua Peak in southeastern Arizona, they begin in a cactus-studded desert at the base of the mountain. Climbing through the foothills, they pass through a diverse array of plant and animal communities, finally reaching the mountain's summit among a forest of cool pines. Along the crest of the mountain, hikers are sometimes struck by the sense of being on an island—a sky island—surrounded by a sea of air blowing up from the deserts below.

Chiracahua Peak is just one among a chain of such islands surrounded by desert near the United States' border with Mexico. Called the Madrean Sky Islands Archipelago, the chain encompasses one of the most biologically diverse regions in the world outside of the tropics. Similar to ocean islands, ecosystems on many of these Sky Islands host unique species not found anywhere else in the world.

Because the Sky Islands have steep slopes and finite extents, the ecosystems they host are particularly vulnerable to changing conditions: as temperatures rise, neither plants nor animals on these islands have the opportunity to migrate toward the pole or to higher elevations. 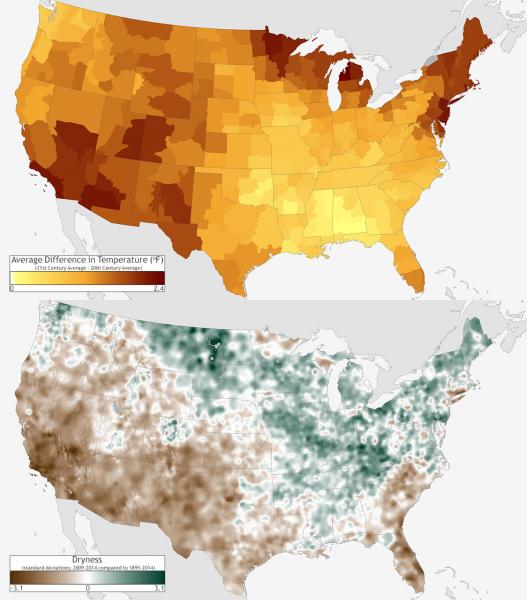 These maps illustrate observed warming and drying of the American Southwest and Sky Islands region.

The Southwest is one of the most rapidly warming regions of the United States—average temperature across the region increased 1.5°F over the past three decades. If emissions of heat-trapping gases continue increasing, climate scientists project that average temperatures will rise another 5 to 8°F by the end of the century.

Warming is not the only threat to ecosystems and biodiversity in the region. Scientists also project that the Southwest will become more arid, increasing the risk of wildfires. Additionally, occasional snow that falls on the Sky Islands will be more likely to fall as rain in the future; this will reduce the volume of water that soaks into the ground as snow melts. For ecosystems that depend on freshwater springs where this water eventually seeps back out of the ground, the projections of warming and drying are especially foreboding. 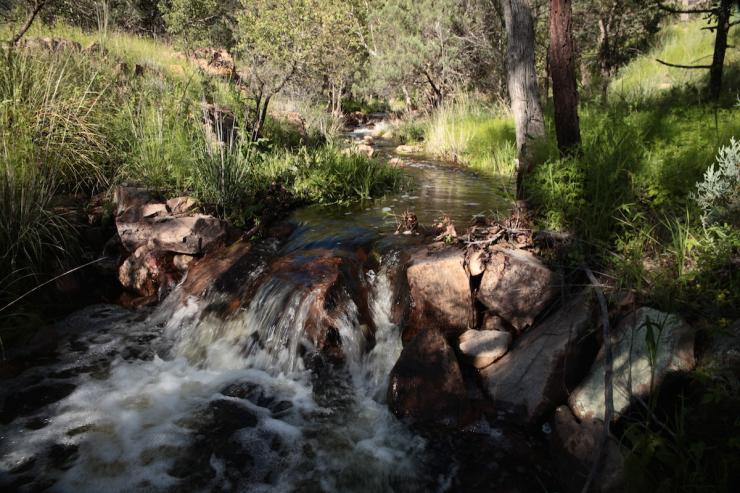 Cool mountain streams flow from natural springs in the Sky Islands. The water supports a diverse array of habitats and ecosystems as it flows to lower elevations.

Analyzing the status of springs across the region in the context of future climate projections enabled the group to identify the most vulnerable sites. As Misztal noted, “A key piece of developing our springs project was looking at projected temperature changes and potential precipitation changes in the Sky Island region.” To meet their needs for trustworthy projections, the group consulted temperature and precipitation projections for the Southwest included in the Third National Climate Assessment.

As the Sky Island Alliance began to document the current and future status of springs in the region, they realized that threats to the ecosystems hosted by the springs were as varied as the landscapes around them. In addition to regional warming, the springs were also endangered by additional problems of invasive species and erosion.

A number of federal and state agencies, tribal nations, local jurisdictions, conservation interests, and private owners were identifying environmental concerns in the region. Although many groups worried about climate change and created adaptation plans, the diverse group of stakeholders had no collective goal for protecting the region’s unique ecosystems. When the Sky Island Alliance recognized the critical need for collaboration in the region, they organized and hosted a series of regionally focused climate change workshops. In addition to providing scientific information on climate, the workshops connected broad groups of partners who are invested in preserving the extraordinary ecosystems of the Sky Islands. 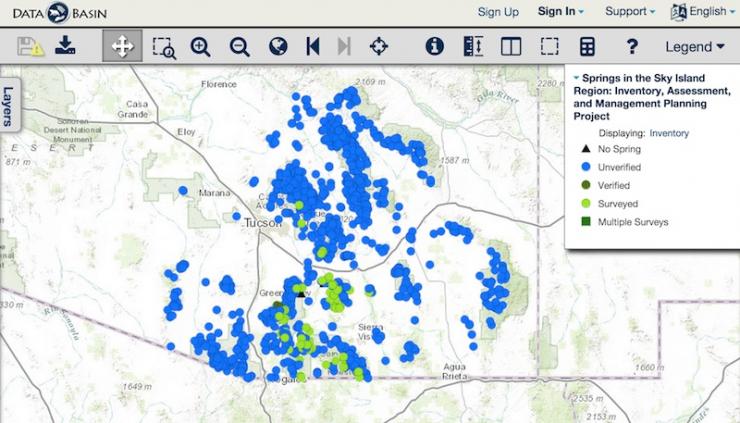 Locations of reported and verified springs in the Sky Islands region.

Following the workshops, individuals and groups formed a partnership and eventually obtained funding to support completion of the spring inventory project. Partners worked together to assess the ecological health and management status of more than 100 springs in the region, and used a community mapping application, Data Basin, to share their data. Later, decision makers used the data to identify spring sites with the highest needs for restoration.

Building on the spirit of collaboration evident in completing the springs inventory, 15 groups formed another partnership to support on-the-ground restoration efforts that could help vulnerable ecosystems recover. The new partnership, the Sky Island Restoration Cooperative (SIRC), now works to bring regional landscape restoration efforts to scale through community-based projects. Their projects encompass a wide range of activities to maintain biological diversity, manage watershed health, and engage passionate volunteers. “We are working with all these people that care about the landscape, they care about wildlife, and they love to hike, they love to do work that helps the landscape,” affirmed Misztal.

To improve the resiliency of spring sites that were identified as vulnerable, SIRC staff and volunteers have taken action to enhance habitats at 10 spring sites in the Arizona portion of the Sky Islands region. Volunteers have logged more than 4,000 hours on restoration efforts, planting native trees to attract and support native pollinators, installing structures to slow moving water and reduce erosion, and removing invasive species from the area. 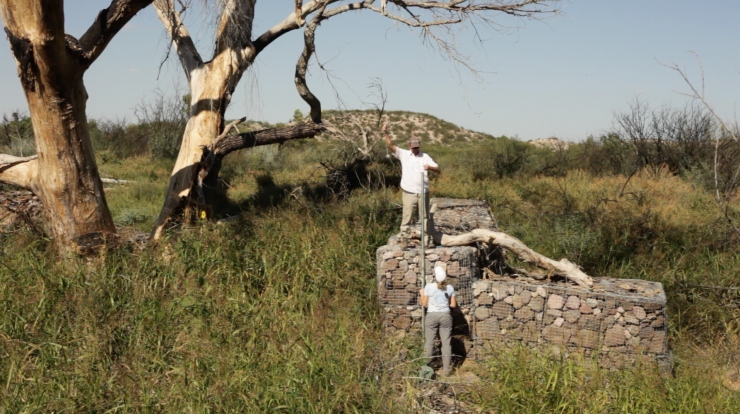 Although the Sky Islands’ diverse ecosystems are unique, many other ecosystems across the planet also face growing threats from climate change. The successful conservation efforts in the Sky Islands demonstrate that climbing the mountain to ecosystem resilience cannot be a solo venture. Conservation of vulnerable ecosystems must be guided by the best available climate science and pursued through the partnerships of all relevant stakeholders.