Sometimes, having a plan is all it takes to catalyze an investment in resilience. 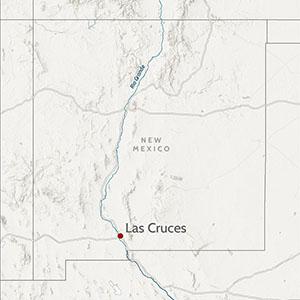 That's what the City of Las Cruces, New Mexico, found as they began to consider changing climate conditions in their planning. Las Cruces is located just 46 miles north of the Mexican border, and much of the city lies within the geologic floodplain of the Rio Grande river. It is the economic and geographic center of the Mesilla Valley. More than half of the city’s population is Hispanic or Latino, and 24 percent of the population lives below the poverty line.

The climate of Las Cruces is characteristic of an arid desert, with large diurnal (daily) and moderate annual temperature ranges, variable precipitation, low relative humidity, and abundant sunshine. Sunny days comprise more than 80 percent of all days in an average year.

More than half of the annual precipitation falls from July through September in intense monsoon thunderstorms, which can dump inches of rain in a single storm, resulting in flash flooding—a large concern for the community. Both monsoon storms and spring weather systems are often accompanied by strong wind and blowing dust, which can have serious impacts on transportation and public health.

A partnership to explore community-defined thresholds

Las Cruces has one full-time sustainability officer, Lisa LaRocque, who recognized the benefits of tapping into regional expertise to help increase sustainabiliy and resilience. Building on an existing relationship with the University of Arizona and the Climate Assessment for the Southwest (one of NOAA’s Regional Integrated Sciences and Assessments Centers), city leaders expressed a desire to begin considering changing climate conditions in their planning. The city chose to partner with Adaptation International and other organizations in a NOAA Sectoral Applications Research Program-funded project to further explore how community-defined thresholds for extreme events could be used to understand and prepare for future climate changes.

The project provided a unique opportunity to facilitate a city-wide discussion about recent extreme weather events, thresholds for extreme events, access to customized climate projections based on the community-identified thresholds, and design and implementation of a local project to build community resilience based on collectively identified climate concerns. 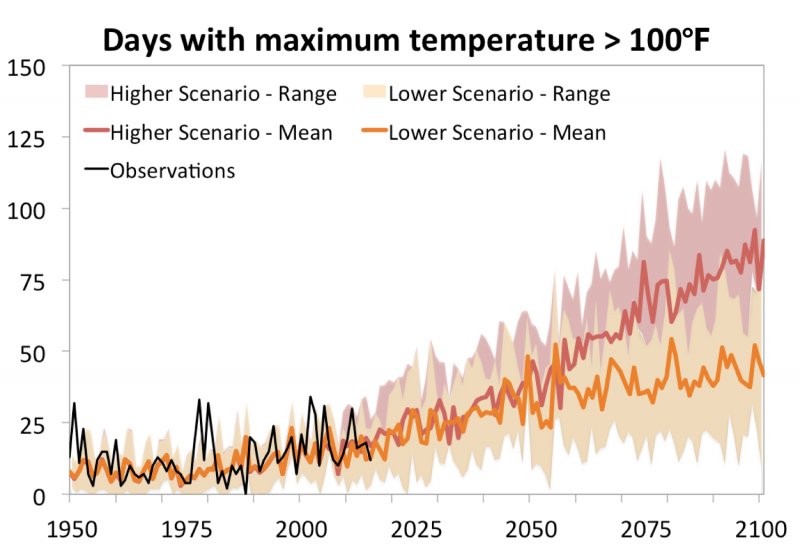 This was the city’s first concerted effort to address climate change. Before the project, city staff had never seen how climate change could affect their daily activities. "Adaptation International and the other climate scientists provided a tangible context for climate change that made resilience a relevant topic for everyone," notes LaRocque.

Over the course of two interactive workshops, city staff identified more than 30 climate-related variables ranging from hot days and warm nights to potential shifts in the growing season and dust storms. Working closely with project staff, they identified thresholds for each of these variables, and examined customized climate projections for future extreme heat events that indicated high temperatures would climb to over 100°F for two to three months every summer by the end of the century.

Through participating in the two workshops, city staff built new partnerships with each other, external stakeholders, and climate service providers, such as the local National Weather Service office and New Mexico State University.

Most notably, the city came up with a strategic local resilience project that had clear co-benefits for the city’s larger goal of building social and economic resilience among frontline communities. The project they selected was initially funded through the NOAA grant project and had two elements: 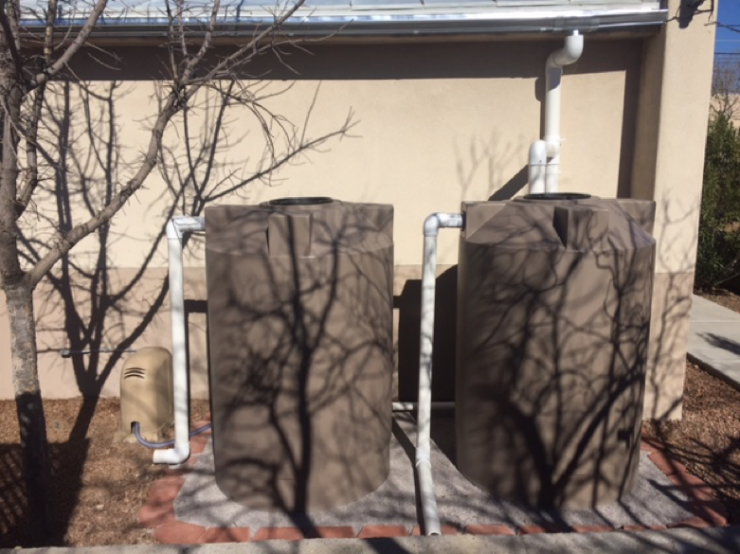 The assessment enabled the city to secure a Community Development Block Grant and city capital improvement funding to invest $400,000 in installing some of the green infrastructure improvements identified through the assessment process in this historically undeserved neighborhood in the city.

The projects aim to lessen the impacts of extreme heat events and lower the urban heat island effect through planting additional vegetation and shade trees and reduce the impacts of flooding through expanded use of green stormwater infrastructure, such as curb cuts, bioswales, and pervious pavement.

Despite this win for the city, there remains an emphasis among city stakeholders on immediate to ten-year horizons associated with their job responsibilities and professional standards of practice, rather than planning and prioritizing on long-term timescales. The city recognizes that further capacity building among local stakeholders is needed to successfully respond to climate change and build long-term resilience.

The city’s rainwater harvesting and green infrastructure projects are a critical first step in the journey of building resilience.