Through the innovative use of a collection of tools, Maryland has begun identifying which of its roads and bridges are vulnerable to climate-related events. 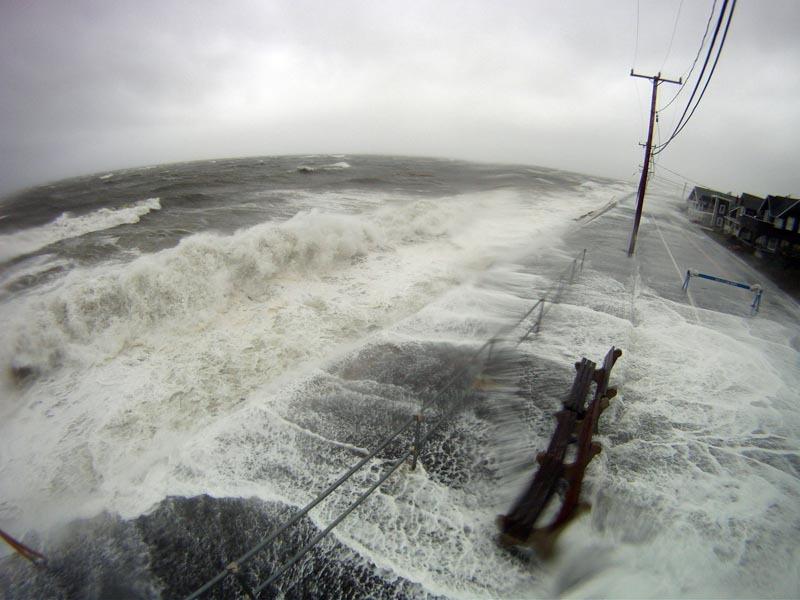 Waves from Hurricane Sandy pound a coastal road in October, 2012.

As the Climate Change Program Manager for Maryland’s State Highway Administration (SHA), Elizabeth Habic is concerned about the effects of extreme weather. Because her agency’s mission is to provide reliable transportation infrastructure across the state, her unease grows when she considers the potential increase in frequency and intensity of extreme events driven by climate change. She anticipates that increases in extreme weather will lead to increased flooding and risk of damage to the state’s transportation assets, especially along the coast. She also knows that rising seas will compound this risk—some transportation infrastructure is already being inundated during extremely high tides, and higher water means that any storm surges will reach further inland.

With over 17,000 lane-miles of roadway and 2,500 bridges in the state, Habic and her co-workers face a daunting challenge: they need a way to systematically identify vulnerabilities, rank the importance of a huge range of assets, and identify solutions to improve the system’s resiliency to climate change.

With the support of her managers, Habic enlisted a team of individuals from state and federal agencies and from academic and private partners. Starting with just two of Maryland’s counties, the team worked to develop a methodical approach that could identify vulnerabilities of the state’s roadways and bridges.

Drs. Michael Scott and Arthur Lembo of the Salisbury University Eastern Shore Regional GIS Cooperative provided state-of-the-art data products incorporating Light Detection and Ranging (LiDAR) information and projection models from the Federal Emergency Management Administration’s Hazus program. The academic partners developed a simple assessment index, and Rob Hyman of the U.S. Department of Transportation Federal Highway Administration provided the Vulnerability Assessment Scoring Tool (VAST) to complement it. Drawing on the expertise of professional engineering consultants at Stanec, the team integrated the range of data from all the tools with an updated range of sea level projections based on U.S. Army Corps of Engineers’ methodology and storm surge models—information embedded within the Sea Level Change Curve Calculator tool. The resulting maps and report provided Habic’s team with the information they needed to identify and prioritize vulnerable roadway segments and bridges in Anne Arundel and Somerset Counties.

Heavy precipitation can cause erosion, undermining the stability and safety of raised roadways.

Identifying which roads and bridges were at risk was not just a technical exercise. The team also held working group meetings each month that involved stakeholders from several divisions of the State Highway Administration. The team also organized two half-day workshops to encourage collaboration across the administration: stakeholders with diverse knowledge and backgrounds learned about the potential for short- and long-term impacts of climate change and became familiar with the study and its findings. During the workshops, participants provided valuable input on historical flooding events, evaluated various adaptation measures for different climate scenarios, and made suggestions for refining technical tools so that they could meet the needs of Maryland’s unique conditions. 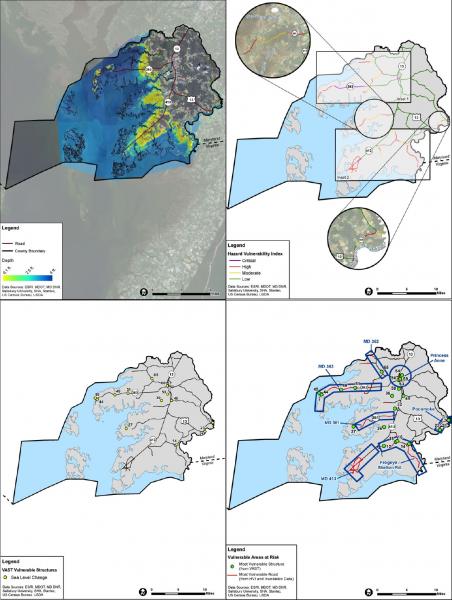 The team’s efforts resulted in an inventory of roadways and bridges that were judged to be vulnerable to various climate-related threats. For each type of asset, the team developed a table of potential adaptation measures to various climate stressors—their goal was to address the full range of engineering, operational, and maintenance practices that could increase the resilience of transporation assets.

Ultimately, Habic and the team can also use the technical analysis to evaluate other opportunities for improving resilience. For instance, by integrating information from the analysis with watershed boundaries and hydrologic data, they can perform site-specific vulnerability assessments for elements of transportation infrastructure. The SHA can also build on this approach, replicating it in other Maryland counties to help decision makers recognize their climate vulnerabilities and consider how and when to address them.