A Climate for Resilience

A Climate for Resilience

The City of Houston faces an array of climate vulnerabilities: flooding, drought, tropical cyclones, and extreme heat can all affect the city's population and industries. Government and non-profit agencies in the region combined their resources in a pilot project to plan for climate resilience.

Houston, we've had a problem

Residents of the Houston-Galveston area are all too familiar with the region's vulnerability to water-related hazards: flooding from extreme precipitation events, storm surges from tropical cyclones, and rising seas all threaten the region. As recently as April 2016, the area experienced significant flooding following heavy rains, leaving seven dead and forcing the evacuation of thousands of residents from homes and businesses. Immediately following the event, economic losses were estimated to be near $5 billion. 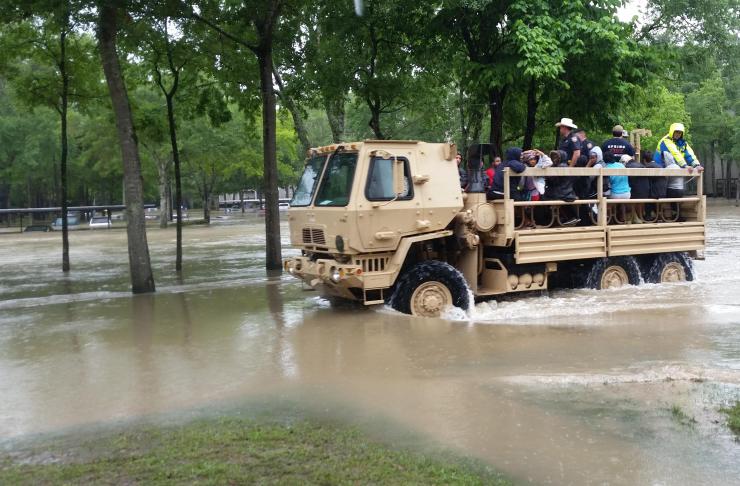 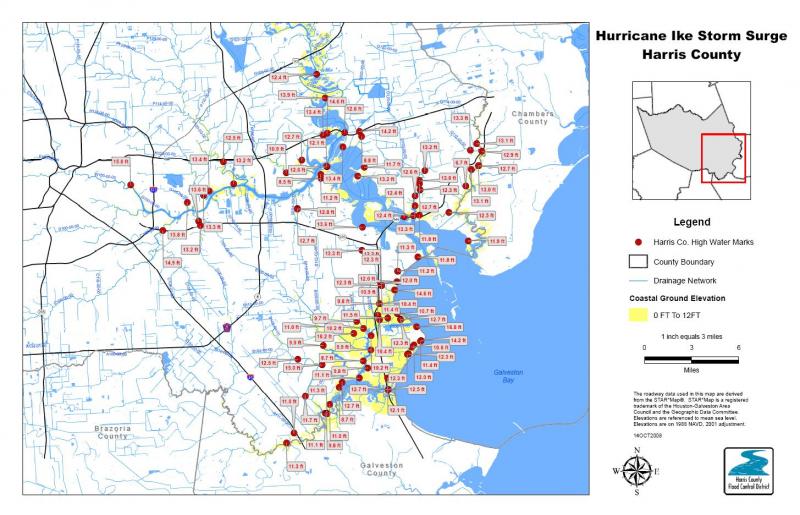 Storm surge related to Hurricane Ike in 2008 resulted in the high water marks shown on this map of southeastern Harris County, Texas. Click image for a larger view.

Flooding in 2016 is the most recent in a list of extreme events to impact Houston. In 2008, for example, Hurricane Ike generated high winds that caused extensive damage to downtown skyscrapers as well as homes across the metro area. And storm surge from Ike in the Clear Lake area of Houston ranged 10–13 feet above mean sea level, aggravating the impacts of heavy rains.

Seaward of Houston, right on the Gulf Coast, the city of Galveston sits at a precarious six feet above sea level. Downtown Houston stands only slightly higher, at around 50 feet above sea level. Those sea levels, though, are expected to rise by two to three inches by the 2020s, and by as much as 11 to 20 inches by the 2080s. Exacerbating the issue, the region has also experienced subsidence from well water use. NASA's Johnson Space Center, located on the shores of Clear Lake in Houston, experienced substantial subsidence in the 1960s and 1970s, with some areas dropping a full foot in elevation—changes that increase flood risk and have the potential to effect buildings' foundations. 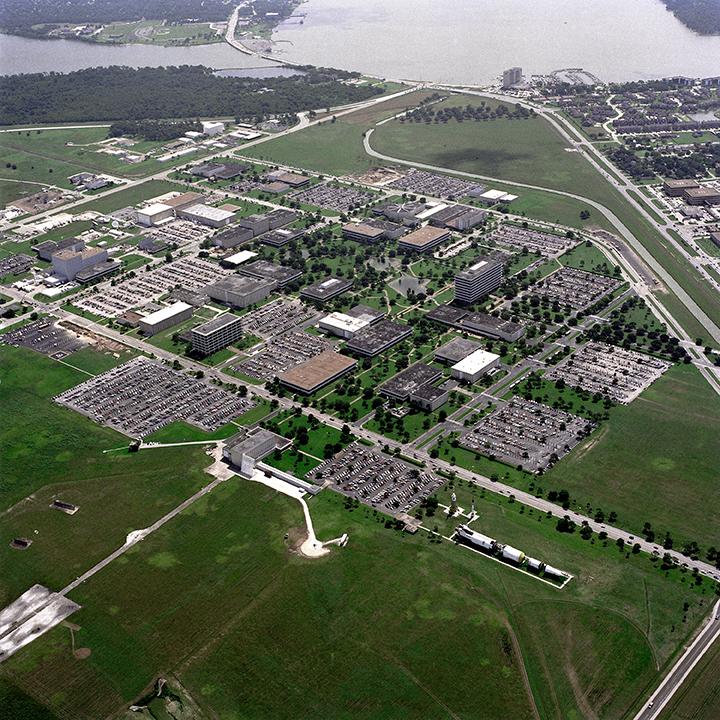 An aerial view of Johnson Space Center facility in Houston, Texas. A portion of Clear Lake shows at the top of the photograph.

Other climate-related risks to the region include projected increases in temperature and in the number of days per year with uncomfortably high temperatures. By 2020, the average temperature is projected to rise 1.5–2.5 degrees above its baseline of 70.5°F; by the 2080s, it may be 3.5–7 degrees warmer than the baseline. Continued extreme precipitation events, as well as increased risk of drought due to higher temperatures, are also projected. 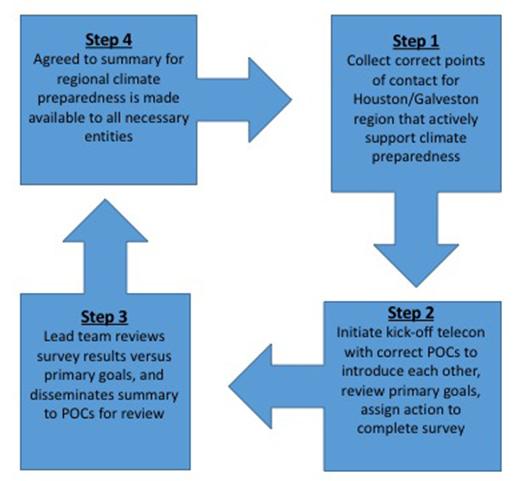 The development pathway for the climate resilience strategy and climate change toolkit produced for the City of Houston.

Approximately 40 percent of the nation’s petrochemical production capacity is located in the Houston metro area. This has earned the region the nickname, "Energy Capital of the World.” It also means that Houston’s vulnerability to climate change is not just a regional issue. To learn the best ways to build the area's resilience, the City of Houston partnered with the Johnson Space Center to develop a climate preparedness pilot project. Sponsored by the White House Council on Environmental Quality, the project's goal was to determine best practices in climate change adaptation planning for Houston.

The pilot launched in October 2014, with a FEMA National Exercise Program Climate Preparedness Workshop. The Johnson Space Center served as the federal voice for the effort, with a primary goal of compiling existing federal climate preparedness data and strategies for the region. First accessing NASA's own Climate Risk Management Plan, project staff also worked with the U.S. Army Corps of Engineers, the U.S. Department of Agriculture, and the U.S. Geological Survey to gather those agencies' climate change adaptation and sustainability plans. During the pilot, project staff also worked with several available climate-building tools, including the Sustainable and Climate-Resilient Health Care Facilities Toolkit, the Climate Projection Portal, the Coastal Adaptation Toolkit, and the National Environmental Public Health Tracking Network.

The results were compiled into an online toolkit—adapt2climate.org—that includes recent examples of climate adaptation plans produced by federal agencies. Information was modified to apply specifically to the City of Houston, with the idea of developing a potential model of strategic planning for other metropolitan areas. The toolkit defined nine guidelines that address city building codes and infrastructure; implementing these guidelines can help the city protect citizens from the impacts of extreme weather and increase their ability to recover from damage. In addition to informing the public about Houston's intentions to build climate resilience, project partners hope the toolkit will serve as input for proactive policy development.

Ideas from the collection of adaptation plans provide a foundation for addressing climate change in Houston. Through the pilot, program partners found success stories of Houston’s resilience—including the Texas Medical Center’s implementation of resilient energy infrastructure (see the related case study After Record-Breaking Rains, a Major Medical Center's Hazard Mitigation Plan Improves Resilience). Another benefit of the pilot: leaders at the Johnson Space Center felt encouraged to review their climate risks, compile an inventory of available adaptation resources, and describe proactive activities they could undertake as part of their climate adaptation plan.

As the project continues, project partners will continue to build and evolve the adapt2climate website. The website will communicate changes to policy and updates to resources for the city, and it can also serve as a model for other entities. Though climate- and weather-related events are likely to continue impacting the Houston-Galveston area, the region has begun taking steps to protect lives and livelihoods, and to increase resilience for our nation's important energy resources.