A Town with a Plan: Community, Climate, and Conversations

A Town with a Plan: Community, Climate, and Conversations

Homer, Alaska, has been taking action to reduce climate change for almost a decade. As the ten-year anniversary of their first plan looms on the horizon, the community is engaging in conversations about adaptation.

South of Anchorage, Alaska, at the end of Seward Highway 1, the coastal city of Homer looks out across the blue-green waters of Kachemak Bay to the glacier-dotted Kenai Mountains. Among the city’s 13,000 residents, many arrived as travelers, fell victim to the enchanting view, and stayed. Locals often refer to Homer fondly as their “cosmic hamlet by the sea."

Homer’s natural beauty is a defining feature of the town’s ethos, and it drives the city's economy. Commercial fishing and summer tourism are the two main industries, and both rely on careful stewardship of the surrounding marine ecosystem. As oceans warm in response to increased levels of heat-trapping gases in the atmosphere, new marine species migrate north, ecosystems become stressed, and erosion and rising seas threaten coastal infrastructure. In light of these changes, the community recognized that its ecological and financial foundations were at risk. 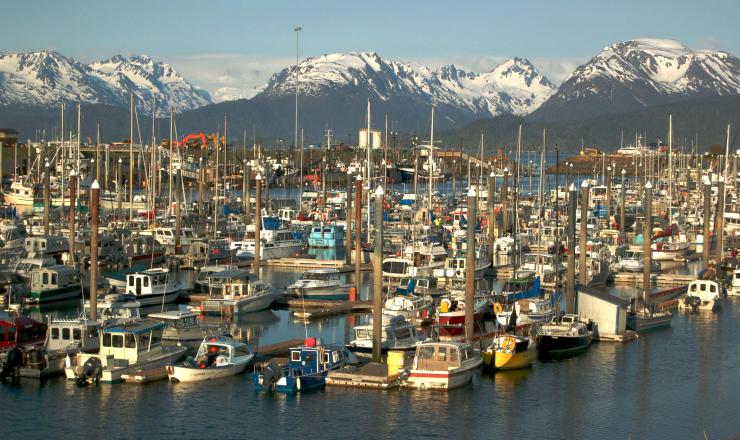 Fishing and tour boats fill the harbor at Homer, Alaska.

The confluence of these concerns motivated Homer’s municipal government to begin addressing climate change a decade ago. Jim Hornaday, Homer’s former mayor, described the situation succinctly, “If our environment fails, then we're not going to be able to catch fish and people won't be interested in coming to see us.”

In 2006, the Homer City Council established a Global Warming Task Force to develop the Homer Climate Action Plan. The plan was designed to reduce the city’s greenhouse gas emissions, increase community sustainability, and raise awareness about climate change. As the first Alaskan community to draft a mitigation-focused action plan, the plan established Homer as a climate-conscious community and laid the groundwork for future adaptation efforts.

The planning process was not simple. It took a large financial investment from the city, many person-days of background research to compile an inventory of the city’s energy use, and the right mix of talent, knowledge, and dedication provided by the 12 volunteers who served as members of the task force.

Early in the process, Homer joined the International Council for Local Environmental Initiatives (ICLEI,) a group whose energy inventory software helped immensely in creating a location-specific model for potential CO2 reductions. The group also connected Homer to numerous other communities that had completed climate action plans.

In addition to weekly planning meetings, the task force hosted multiple public forums to educate the community about climate change, solicit feedback on their plans, and encourage community members to speak to the City Council in support of the plan. In December of 2007, their efforts paid off: the Climate Action Plan passed the Homer City Council by just one vote.

The task force’s efforts to garner community support helped propel the plan into the implementation phase. Two unexpected anonymous donations totaling $45,000 were instrumental in establishing a sustainability fund, which supported efforts to reduce Homer’s carbon footprint. The fund grew through state grant funding and evolved to serve as a “revolving energy loan” fund for Homer: the city could borrow from the fund to pay for energy-efficiency upgrades, and then pay the loan back over time with the resultant savings. 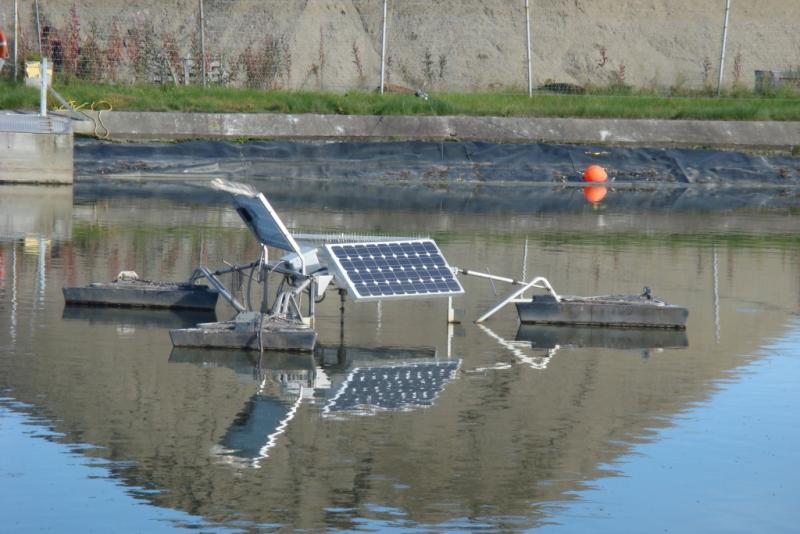 In 2008, Homer hired a local consulting firm to scour records of the city’s energy usage to look for inefficiencies, create an energy-tracking software package to monitor long-term trends in CO2 emissions, and publish their findings in a detailed implementation plan. The plan made specific recommendations for efficiency upgrades in each sector of the city and predicted savings of up to $66,000 each year after the plan was implemented.

In the nine years since the plan was adopted, many of the suggestions have been put into place. The city has spent $700,000 on energy upgrades for city infrastructure, including a solar-powered air disperser at the sewer treatment plant that reduced energy use by 20 percent. They also added a hybrid vehicle to the city’s fleet. To cut emissions wherever possible, city staff members received a detailed guide that could help them make energy-saving changes in their daily lives.

Incorporating adaptation into the plan

Since 2007, a series of nearly snowless winters in Homer has shifted the community’s general attitude regarding climate change. Most residents now accept that climate is changing, and it’s happening much faster than they anticipated. In response, the community has begun to focus on adaptation planning: a topic that was strategically sidelined in the original plan in order not to distract from the primary goal of reducing emissions.

As the action plan nears its 10-year anniversary, local leaders are pushing to rewrite the plan to incorporate both mitigation and adaptation efforts. Jessica Shepherd, manager of the Kachemak Bay National Estuarine Research Reserve (KBNERR), was involved in Homer's adaptation planning efforts. She explains, “Any mitigation that we do buys us more time…. But we're not going to mitigate this to the point where we don't have to adapt. We will have to adapt to this.”

KBNERR has taken the lead in adaptation planning by organizing a series of three workshops and overseeing a work group of concerned community members who are eager to see more change in Homer. Their first workshop was a training session on Climate Adaptation for Coastal Communities from NOAA’s Office for Coastal Management. The three-day workshop was free and open to the public, and helped introduce adaptation strategies as well as create interagency partnerships among participants.

The second workshop—held in October 2016—featured an inter-reserve collaboration between the Kachemak Bay and Tijuana NERRs. The workshop focused on climate scenario planning and introduced a leading theory on how communities might gauge success in climate adaptation. The purpose of the final workshop—scheduled for March of 2017—will be to formalize the community’s efforts and ideas into a working plan. If things go smoothly, KBNERR hopes to present the City of Homer with an updated Climate Action Plan on its 10-year anniversary in 2017.

Moving forward, Homer will continue working to preserve its natural surroundings to support the long-term viability of the community, but people are also recognizing the value of diversifying the town’s economy. For example, many community members received funding through the U.S. Department of Agriculture National Resources Conservation Service's EQIP High Tunnel System Initiative to install high tunnel greenhouses to boost local food production. Now, the fruits (and vegetables) of their labors show up at Homer’s vibrant and bustling farmers market each summer. Several small flower farms in the area have also found success in supplying the national market with late-season peonies. "This local foods movement that has really blossomed, it's coming from some of the same people who were involved [in the Climate Action Plan], and I think that people do think of that as a climate adaptation,” said Sue Mauger, a former task force member.

As Homer’s historic climate patterns change, the community will face a number of economic and cultural challenges. Changes may bring unforeseen opportunities as well. The community—armed with a decade of climate planning experience, an interconnected web of strong interagency networks, and an aware and engaged populace—is poised to take advantage of them.