When Weather Becomes a Problem: Motivating Resilience Action in Texas

When Weather Becomes a Problem: Motivating Resilience Action in Texas

In San Angelo, a focus on addressing current weather-related concerns provided an avenue for taking action and created a foundation on which to build future climate resilience efforts.

San Angelo, located in the Concho Valley of West Texas, is home to Angelo State University and the Goodfellow Air Force Base. The city's current population of around 100,000 has nearly doubled since the 1960s, and with this growth has come the challenge of urban sprawl. 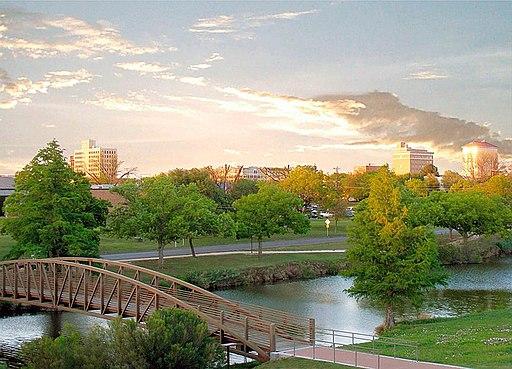 Park along the Concho River in San Angelo, Texas.

In the late 2000s, the city began efforts to revitalize the downtown area and increase population density in its urban core. The city lies at the junction of the North and South Concho Rivers, and the cool, riparian environment along the rivers helps the city’s efforts to attract residents and enhance economic activity in the area.

San Angelo, like other areas in this region of West Texas, experiences a wide variety of extreme weather events; in particular, hot and dry conditions in the summer frequently lead to heat waves, drought, and an increased risk for wildfires. Proximity to the rivers also means that the city may be vulnerable to floods.

With increasing numbers of residents in the city's core, the city's planning and development team was interested to learn how extreme weather events might affect the community in the future. AJ Fawver, the Planning and Development Administrator, invited staff from a variety of city departments and key regional partners—such as the National Weather Service—to join in a collaborative project to explore how community-defined thresholds for extreme events could help them prepare for future climate changes. The city partnered with Adaptation International and several other organizations, including two NOAA Regional Integrated Sciences and Assessment (RISA) Programs. The project was funded by the NOAA Sectoral Applications Research Program. 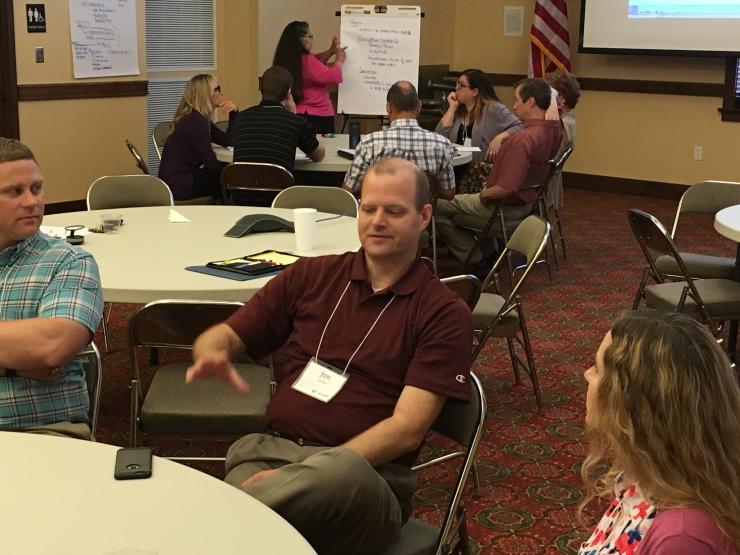 Participants during one of the planning workshops in San Angelo.

Over the course of two workshops, the NOAA project team and city staff worked together to engage a range of stakeholders throughout the city in a collective dialogue. Community participants included staff from the the development services department, the fire department, and the local National Weather Service office, as well as the parks department, airport management, the operations department, and other local agencies.

Participants worked together to identify thresholds related to issues ranging from ice storms and wildfire to hot days and heavy precipitation events. The community knew that they had concerns related to heavy rainfall, but were surprised to see the projected increases in temperature—which could create human health risks and the potential for more frequent or more intense periods of drought. They reviewed the customized climate projections provided by the NOAA team to reflect the thresholds they established.

"The data really puts it in perspective," said Fawver. "Having such a diverse group of professionals in the room really allowed us to have a candid conversation about how these thresholds really affected all of us, and the work we do, in some way. It also prompted a healthy discussion of what unanticipated consequences our policies, practices, and regulations might create."

From planning to action

As part of the project, San Angelo was awarded a small seed grant in order to complete a resilience action project and begin to address the concerns identified by the community. City staff decided to purchase and install an evapotranspiration weather monitoring station near some recreational fields, and a rainwater harvesting system at the Bosque Park in downtown San Angelo to save energy, save money, and reduce greenhouse gas emissions. The city remains committed to rainwater harvesting and has raised an additional $34,500 to put towards the design and installation of a larger rainwater harvesting system in Kirby Park. 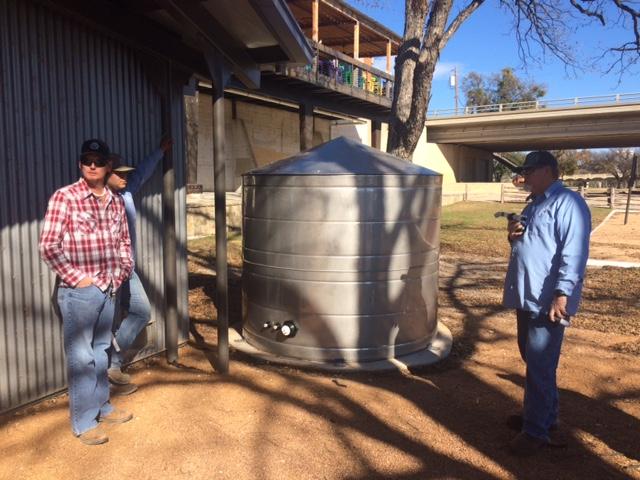 These projects demonstrate city leadership on important issues such as managing water in a region prone to both drought and extreme precipitation events. The project also creates a foundation for better understanding weather information for the region, and how best to share that information with the community to build climate and weather literacy.

Despite notable commitments, the City of San Angelo still faces the common challenges of competing priorities and staff turnover. However, the city’s participation in the critical thresholds identification work built capacity among city officials and generated excitement and momentum among city leaders for continuing local resilience work.