Infrastructure and the Built Environment

The extensive built infrastructure present in the Northeast is increasingly challenged by weather- and climate-related impacts. As a result of early settlement patterns, the region has some of the oldest buildings and facilities in the United States, much of it built along the region's coastline. These structures—as well as the energy, transportation, water, and sanitation systems that make up the regional built environment—were not built to withstand the new conditions and extreme events projected to occur over the next century. Disruption of services that depend upon these systems can have a negative impact on public health and safety, with the potential for significant repercussions in the regional economy. 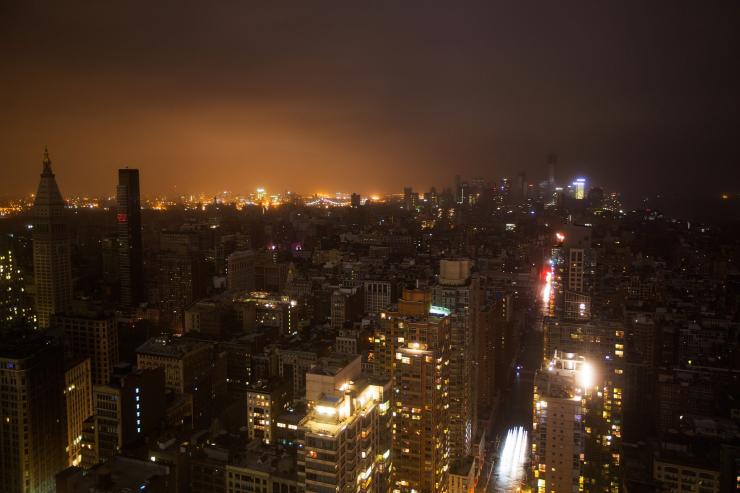 Sea level in the Northeast has risen approximately one foot since 1900—a rate that exceeds the global average—and the rapid changes are increasing the risk for flooding in the region's coastal areas. Unless people take measures to adapt to new conditions, New York State could lose the use of 212 miles of roads, 77 miles of rail, 3,647 acres of airport facilities, and 539 acres of runways after regional sea level has risen by two feet. In Maryland, after two feet of sea level rise, 298 acres of the state's port facilities (32 percent) could experience flooding impacts. In Boston, it's estimated that cumulative damage from sea level rise could be as high as $94 billion over the next century, depending on the rate sea level rise and which, if any, adaptive measures are taken. 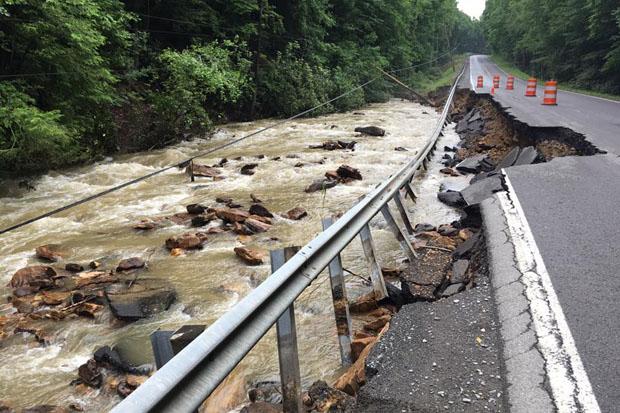 In June 2016, flooding from an extreme precipitation event in West Virginia washed out a portion of a highway and toppled a power line into a creek.

Sea level rise of two feet would more than triple the frequency of dangerous coastal flooding throughout most of the Northeast. Storm-surge flooding from tropical storms and nor'easters is exacerbated by rising sea levels, and threatens key regional transportation arteries that span areas prone to coastal flooding, including I-95 and the Amtrak and commuter rail systems. Coastal flooding can disable subway systems, wastewater treatment plants, and electrical substations, and saltwater corrosion can damage electrical equipment and accelerate rust damage on rail lines. Flooding along rivers and floodplains from more intense precipitation events will also affect buildings and infrastructure.

Warmer temperatures and more frequent heat waves in the Northeast will likely result in increased energy consumption for cooling. This may strain energy infrastructure, especially during periods of peak energy demand. Disruptions in service—including the potential for widespread blackouts—may result. Increased instances of peak demand for electricity could also have a negative effect on production and transmission costs, ultimately increasing costs for consumers. In the transportation sector, increased temperatures can accelerate degradation of asphalt roads, buckle railroad and subway tracks, cause thermal expansion of bridges, and result in a need for more frequent maintenance. On a shorter time scale, power outages related to heat waves can disrupt public transit systems, such as subways and electric bus lines.

The preceding text is excerpted and abridged from Climate Change Impacts in the United States: The Third National Climate Assessment (Chapter 16: Northeast, Chapter 11: Urban Systems, Infrastructure, and Vulnerability, Chapter 4: Energy Supply and Use, and Chapter 5: Transportation) and from the report U.S. Energy Sector Vulnerabilities to Climate Change and Extreme Weather.

To learn more about climate-related impacts on infrastructure and the built environment, visit Topics. The following topics may be particularly helpful: