People in the Southeast's rural communities have long made their livelihoods in trades such as farming and fishing. This reliance on natural resources keeps them close to the land, but exposes them to disruptions from changes in the environment.

Rural vulnerabilities to our changing climate 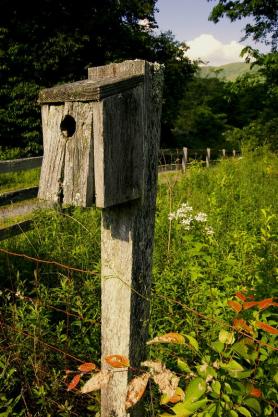 Rural communities across the Southeast support industries that provide the nation with a variety of agricultural, seafood, and forest products, as well as the region’s cultural heritage. Almost 20 percent of the population in the Southeast lives in rural areas spread across about half of the region’s land. Rural communities have long made their livelihoods from farming and fishing. Now, this reliance on the natural environment renders these communities inherently vulnerable to climate change.

In rural areas of the Southeast, rising temperatures will have negative impacts on labor productivity and human health. Projected temperature increases and drought also pose challenges for crop production, forestry, and water resources. Rising sea levels, land cover and ecosystem changes, increased intensity of hurricanes, and changing economic dynamics further affect agriculture and seafood industries in rural areas of the Southeast. And shrimping, oystering, and fishing along the coast are expected to face substantial challenges from warming ocean temperatures and ocean and coastal acidification.

Many rural areas also face other stressors, such as poverty and limited access to healthcare, which can make coping with climate-related challenges more difficult.

Urban and rural areas exist along a continuum from major metropolitan areas to suburbs, small towns, and lightly populated places. As the use of cell phones has increased, more people are building and working in remote locations. In some cases, land has been cleared within previously contiguous forests, resulting in a discontinuous patchwork of forest, homes, and other light industry. Commuting patterns and shared central services, such as airports and hospitals link rural and urban areas.

Asheville, North Carolina, is one example of an urban setting built within formerly contiguous forest.

Most rural counties in the Southeast have a diversified economy with few areas being heavily dependent on one sector. Though well known for agriculture and forestry, the USDA's Atlas of Rural and Small-Town America shows that rural areas in the Southeast also support manufacturing and tourism.

While manufacturing growth has been particularly strong in the Southeast in recent years, future climate changes will pose challenges for economic competitiveness. For example, economic risks associated with climate impacts on crops and livestock could alter price or availability both for farmers and consumers. Facilities that are energy- or water-intensive are more likely to face increases in the costs and decreases in the availability of these resources.

Energy production, and its dependence on water availability, is a key concern in the Southeast. Increases in the number of high heat and dry days pose a risk to efficient power generation, especially for natural gas plants and water-intensive nuclear power. Further, shifting patterns in rainfall may also pose issues for agriculture requiring intensified water use in longer dry seasons.

Risks to agriculture and forestry 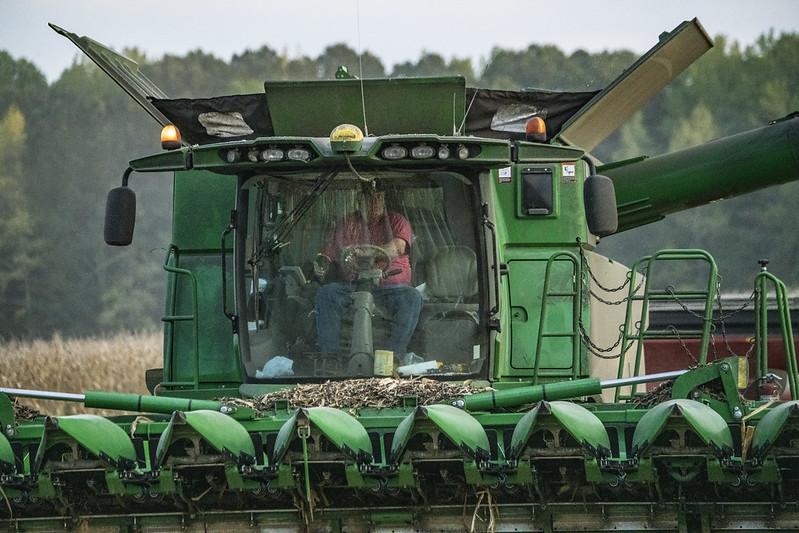 Productivity in agriculture, livestock rearing, and forestry activities is expected to decline overall in the United States. Increases in temperature, water stress, freeze-free days, drought, and wildfire risks, together with changing conditions altering the movement of invasive species and diseases, result in a number of potential risks for existing agricultural systems. The impacts from increases in both maximum and minimum temperatures have already resulted in surface crop productivity declines in the southeast.1

Precipitation trends in the Southeast region are inclined toward slightly drier summers, which could reduce productivity, and wetter fall seasons, which can make it difficult to harvest the full crop. Changes in rainfall patterns will have a drastic effect on the occurrence and severity of extreme events, including flooding, drought, and sea level rise, causing crops to be flooded or, alternatively, needing additional irrigation. 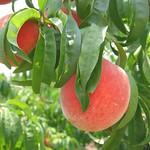 Seasonal temperature changes that are critical for plant development will continue to impact regionally important crops. Peaches—an important crop in the Southeast—require an adequate period of cool temperatures, called the chill period, to produce yields that are economically viable. Peaches also require warm temperatures at specific times during their development. If the warm temperatures come too early, the chill periods could be too short or the peach blossoms can flower too soon and be in danger of late freeze impacts. To assist peach growers in adapting to such changes, researchers are working to develop peach varieties that can produce quality fruits in warmer winters.

Field corn, a globally important cereal grain used in livestock feed, is also affected by increases in minimum temperatures. Yields decline as nighttime temperatures increase. A recent study documents new varieties of corn that can withstand higher temperatures and continue to be productive even when nights are warmer. This is just one example of how agriculture commodities are being created to adapt to climate change. 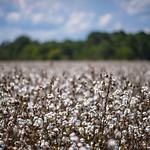 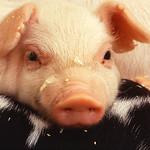 Conditions for raising and harvesting livestock are also projected to change. Beef cows, milk cows, hogs, pigs, and layers, broilers, and other forms of poultry account for a majority of livestock in the Southeast. The diverse range of livestock raised across the Southeast are all vulnerable to heat stress, and many will require new or enhanced strategies to keep animals healthy under projected future conditions. 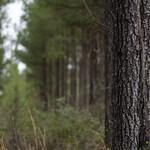 Southeastern forests, both natural and plantation, are the highest-valued crop in the region. Forest cover ranges from almost 50 to 80 percent across the region, and intensive rotations of pine production drive frequent conversion between forest and agricultural uses, increasing forests’ exposure to the impacts of climate variability and change. The large areas of interface between populations and forests also increase forest vulnerability to wildfire, which occurs with greater frequency in the Southeast than any other U.S. region (see the Fourth National Climate Assessment, Chapter 19, Key Message 3). The use of prescribed fire has been adopted across many communities in the Southeast, and this strategy can reduce wildfire risk. But increases in temperature and duration and intensity of drought will increase the occurrence of wildfires and reduce the effectiveness of prescribed fire over time. Whenever forests experience climate-related hazards, jobs involving timber, logging, and support for agriculture and forestry could decrease. 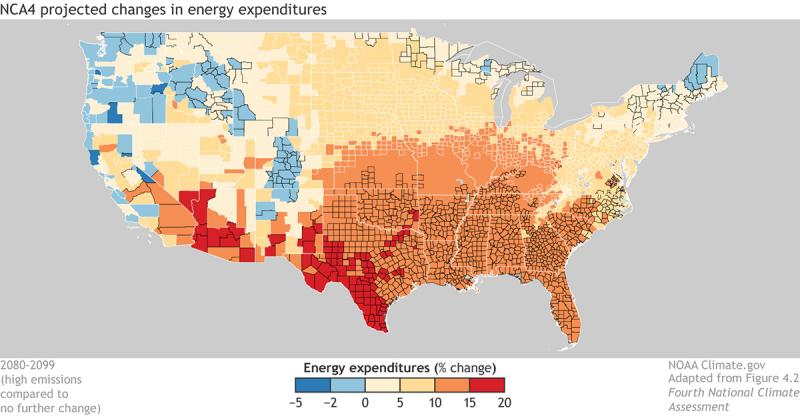 Red and orange areas show counties where energy costs are projected to rise from 10–20 perent above 2018 costs by the end of this century. The outline color (black, gray, or white) indicates the level of uncertainty in the projections: counties outlined in black have projections with the greatest confidence, modelers have less confidence in projections for counties with white outlines. Click on the image for a larger view and source information.

Many jobs across rural sections of the Southeast require workers to be outdoors for much of the day, putting them at risk of heat-related health issues. Public health strategies such as encouraging people to stay indoors or alter their work schedules to avoid the hottest parts of the day are already contributing to reducing heat-related illness.

People who work in agriculture, forestry, hunting, fishing, construction, and waste collection services are among the most vulnerable to heat-related deaths in the United States. Six of the ten states with the highest occupational heat-related deaths in these sectors are in the Southeast region. By 2090, under a high carbon emission scenario (RCP8.5), the Southeast is projected to experience the largest heat-related decrease in labor productivity in the country. Investing in increased cooling is one likely form of adaptation. Among U.S. regions, the Southeast is projected to experience the highest costs associated with meeting increased electricity demands in a warmer world.

Compounding stresses and constraints to adaptation

Social stresses in the Southeast are likely to add to the challenges posed by increases in climate stressors. In rural areas, factors such as demographics, occupations, earnings, literacy, poverty incidence, and lack of access to  healthcare and community services tend to increase communities' vulnerabilities. Persistent rural poverty stands out in the Southeast, with more than a third of rural counties in the region experiencing poverty rates of more than 20 percent over approximately 30 years. Rural counties in the Southeast are also experiencing relatively high levels of population loss and low educational attainment. Reducing stress associated with these factors can increase household and community resilience. 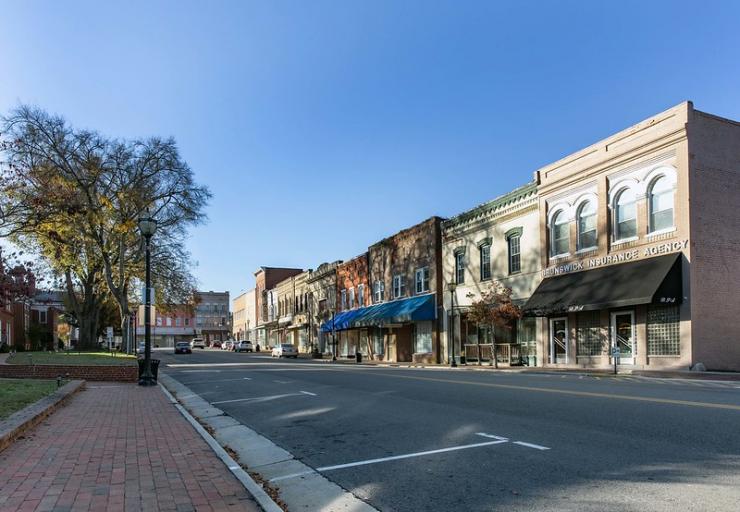 The ability to cope with impacts such as flooding in rural areas is further reduced by limited county resources. Geographically remote locations contribute to more difficult logistics in reaching people when emergencies occur. Low-income and minority communities, substandard housing, lack of access to vehicles for evacuation, limited modes of communication, and limited local government capacity have all been identified as contributing factors to difficulties in emergency planning.

The healthcare system in the Southeast is already overburdened and may be further stressed by climate change. This strain, when combined with negative health impacts from climate change stressors (such as additional patient demand due to extreme heat and vector-borne diseases and greater flood risk from extreme precipitation events), increases the potential for disruptions of health services in the future. Public health departments are looking for ways to reduce vulnerability to negative health impacts of climate change.

This discussion covers just some of the challenges facing rural communities, yet opportunities for adapting to these challenges are increasing. Tools and information in the Climate Resilience Toolkit provide a good starting place for communities that are ready to take action.

To learn more about issues discussed on this page, see the following topics: