This menu aligns with the Adaptation Workbook and other published adaptation menus, providing a framework to integrate indigenous and traditional knowledge, culture, language, and history into the climate adaptation planning process.

This tool is designed to align with the Adaptation Workbook and adaptation menus published in Forest Adaptation Resources: Climate Change Tools and Approaches for Land Managers. This frequently used resource is also known as the NIACS (Northern Institute of Applied Climate Science) Adaptation Workbook. The goal is to provide a resource for incorporating tribal and traditional values into the existing NIACS Adaptation Workbook, as well as other climate adaptation planning processes.

The Tribal Climate Adaptation Menu was developed by a diverse group of collaborators representing tribal, academic, intertribal, and government entities in Minnesota, Wisconsin, and Michigan. It provides a framework to integrate indigenous and traditional knowledge, culture, language, and history into the climate adaptation planning process. Developed as part of the Climate Change Response Framework, it is designed to work with the NIACS Adaptation Workbook and as a stand-alone resource. The Menu is an extensive collection of climate change adaptation actions for natural resource management, organized into tiers of general and more specific ideas. It also includes a companion Guiding Principles document, which describes detailed considerations for working with tribal communities. This first version of the Menu was created based on Ojibwe and Menominee perspectives, languages, concepts, and values, but it was intentionally designed to be adaptable to other indigenous communities, allowing for the incorporation of their language, knowledge, and culture.

Primarily developed for the use of indigenous communities, tribal natural resource agencies, and their non-indigenous partners, this tool may be useful in bridging communication barriers for non-tribal persons or organizations interested in indigenous approaches to climate adaptation and the needs and values of tribal communities. 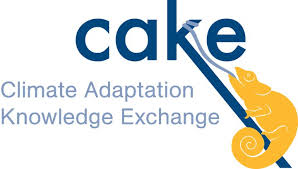