After a butterfly species disappeared from a location where it had been found for many years, conservation professionals accessed climate projections to identify potential habitat for its recovery. 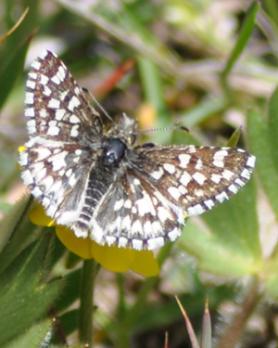 A Laguna Mountains skipper. Found only in southern California, these butterflies have a wingspan of about one inch. 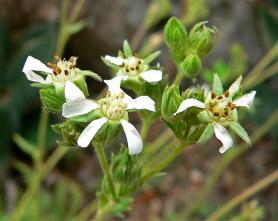 The skipper’s primary host plant—Horkelia clevelandii—is a rare perennial species with a restricted geographic range. As temperatures and precipitation amounts fluctuate from year to year, the availability of surface water and the suitability of host plants change, affecting the size of the skipper population. It’s possible that an extended sequence of unfavorable years for host plants reduced the skipper population on Laguna Mountain to the point where it could no longer sustain itself.

Cattle grazing prior to the species' endangered listing was also blamed for reducing the size of the skipper population. The perennial host plants on which skippers feed and lay their eggs are greener during dry summer months than the annual grasses that dominate grazed meadows in southern California. Especially during drought years, cattle may eat the host plants, consuming significant numbers of skipper eggs and larvae. This pressure probably limited the Laguna Mountain population’s ability to maintain itself during drought conditions that occurred after the species' endangered listing.

Can this species be saved?

Dr. Alison Anderson—an entomologist at the U.S. Fish and Wildlife Service’s Carlsbad, California, office—has worked for the Service since 1999, the last year a skipper was sighted on Laguna Mountain. She is currently working on developing a plan for the skipper’s recovery. While skippers still exist, she needs to determine what resources a population needs to thrive, and find places where those resources exist. To achieve any long-term success, she needs to find suitable areas within the species’ historic range where those resources are likely to remain available.

After checking survey data and past reports, talking with local experts, and reviewing historical literature about the mountains, Anderson still didn’t have conclusive evidence to explain why the skipper disappeared from Laguna Mountain. However, recognizing that climate conditions on Palomar Mountain are generally wetter than on Laguna Mountain, she wondered if a warming, drying climate was a factor in the skipper’s demise on Laguna Mountain. Turning her attention to the species’ future rather than its past, Anderson began seeking to identify portions of the butterflies’ historical range where they might be reintroduced.

Reintroduction of an endangered species is a risky undertaking that can take years or even decades. The labor-intensive work is expensive, and the strategy necessitates capturing individuals from already limited populations. Recognizing these high costs, Anderson is proceeding carefully to ensure that decisions regarding any potential reintroduction of the skipper are based on the best scientific information available.

As cattle grazing is no longer an issue in the skipper’s former habitat on Laguna Mountain, Anderson and area land managers representing the U.S. Forest Service and the California Department of Parks and Recreation wondered about the possibility of reintroducing the skipper to that part of its historical range. Before giving this idea serious consideration, the conservation experts needed information about how climate conditions on the mountain might change over the next several decades. 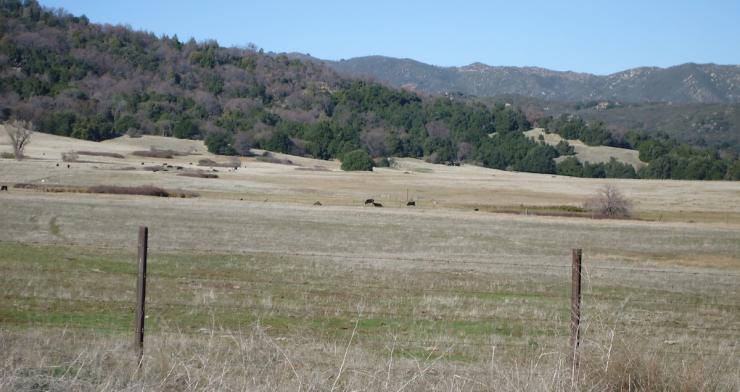 Laguna Mountains skippers occupy mountain meadows like this one in Dyche Valley, on Palomar Mountain in San Diego County, California.

To answer this question and explore the practicality of reintroducing skippers in various locations, Anderson needed a model that could provide insight into past and future surface water availability and soil moisture levels at the scale of individual mountains.

Exploring past and future climate conditions 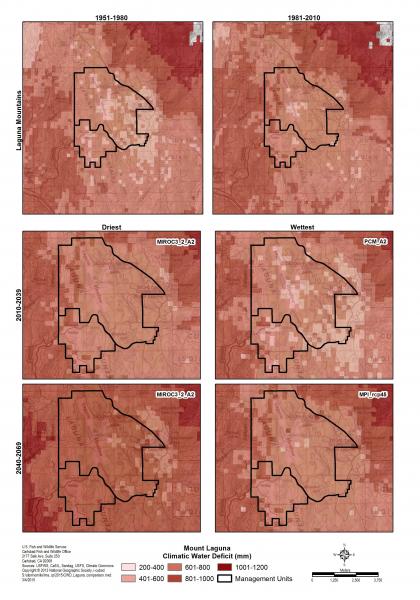 Anderson turned to the California Landscape Conservation Cooperative’s Climate Commons, an online library of climate change science for conservation in California. With assistance from Emilie Luciani, a GIS Specialist with the U.S. Fish and Wildlife Service, Anderson accessed a dataset called the California Basin Characterization Model. This model, developed by Drs. Lorraine and Alan Flint of the U.S. Geological Survey, gave Anderson a way to examine and compare historical and projected climate patterns on both mountains.

While results from the model don’t point directly to a single solution for skippers, they provide valuable science-based input for experts who will make decisions about the recovery planning. By incorporating this type of information from the model into their planning process, conservation experts can explore the practicality and potential timing of any efforts to reintroduce the skipper. Anderson is now using the Basin Characterization Model to identify other possible reintroduction sites—she is looking specifically for sites where the skipper’s host plant grows and which have some potential to resist future drying.

Ultimately, reintroduction at any site will be a long-term experiment. Whether or not this option is chosen, and whether or not it is successful, ecologists can learn from the results and utilize them to help other species survive and thrive through changing climate conditions.