The City of Long Beach, California, sees signs of climate change on land and in the ocean. After compiling the City's official climate assessment report, local stakeholders also produced a more accessible and user-friendly summary version and shared it broadly to stimulate informed discussion and decision making across the city.

In 2015, Mayor Dr. Robert Garcia committed Long Beach, California, to developing a climate action and adaptation plan. On behalf of Long Beach, he signed the Compact of Mayors, an effort to capture the impact of actions that cities around the world are taking to limit climate change. In his State of the City address, Mayor Garcia declared his intention to make Long Beach a national model of a climate resilient city. 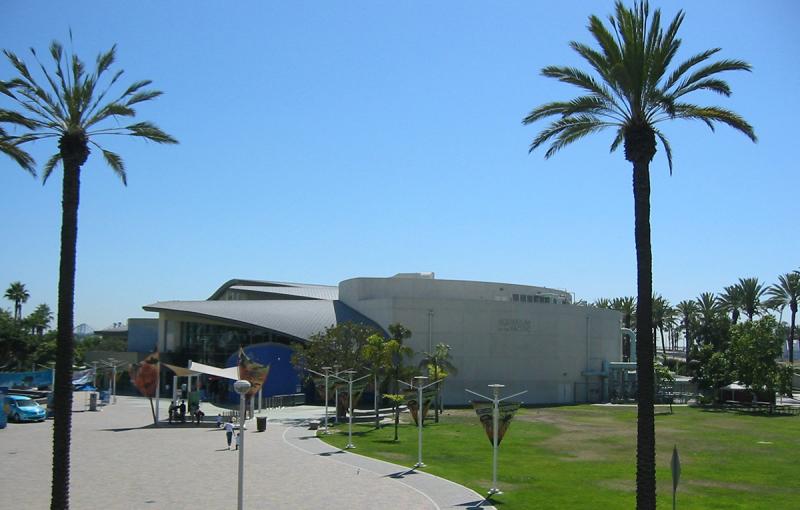 Each year, approximately 1.6 million people visit the Aquarium of the Pacific. The Aquarium also provides science and environmental education programming for more than 200,000 students, teachers, and community members per year.

One of the Mayor’s first actions was to commission an assessment of the city’s vulnerability and potential responses from the Aquarium of the Pacific, an important cultural institution and a trusted source for scientific information in Long Beach and across the greater Los Angeles region.

Dr. Jerry Schubel, the Aquarium’s president and CEO, welcomed the challenge. “We think Long Beach has a great opportunity to develop a resiliency model because we’re a small enough city to be manageable, but we are a large enough city to have national impact,” Schubel said.

With just under 500,000 residents, California’s sixth-largest city is one of the most ethnically diverse in the nation. A slightly higher percentage of Long Beach residents lives below the poverty line than that of Los Angeles County as a whole. Long Beach is a coastal city, home to one of the nation’s busiest seaports, and a popular destination for coastal tourism.

“We experience most of the aspects of climate change,” Schubel said. “We not only have the ones that happen on land, but also we have the changes that happen in the ocean.”

Throughout 2015, the Aquarium hosted meetings and workshops with scientists from major universities, government and business leaders, and local residents to identify and assess the key challenges. This effort culminated in the early 2016 publication of the City of Long Beach Climate Resiliency Assessment Report.

The Assessment identified drought and subsequent water shortages, extreme heat, sea level rise and coastal flooding, and deteriorating air quality as the city’s major climate hazards over the next few decades. Additionally, the report focused attention on the most vulnerable populations within the city, concluding that climate change will disproportionally affect seniors, children, those who work or are active outdoors, those who live or work near two busy freeways, people who suffer from chronic health conditions, and low-income residents who lack access to transportation, green space, and other adaptation resources.

Reaching out to citizens 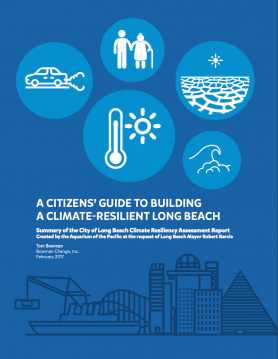 Cover of A Citizen's Guide to Building a Climate-Resilient Long Beach. This publication is a user-friendly summary of the City of Long Beach Climate Resiliency Assessment Report.

By its very nature, the Assessment is fairly technical and highly detailed. Dr. Schubel observed, “We felt the original report was too long and too dense, and a lot of people we would like to read it just don't have time to do it.” So the Aquarium hired Tom Bowman, president of Bowman Change, Inc., to write a user-friendly summary. A Citizens’ Guide to Building a Climate-Resilient Long Beach was released in early 2017 and distributed to elected officials, managers of the city's various departments, local media, and other community stakeholders. Together, the Assessment and Citizens’ Guide provide crucial, baseline information for informed discussion.

Going further, the Aquarium organized an ongoing series of Climate Resilience Workshops with a goal of improving Long Beach community leaders’ capacity to engage in constructive dialogue. The workshops provide opportunities for leaders from different communities and professions to learn about potential hazards and possible solutions, discuss their concerns and preferences, and find ways to raise awareness across the city. This “grass tops to grassroots” strategy is intended to deliver basic knowledge, uncover the community’s embedded practical knowledge, build capacity for informed discussion among local leaders, and enhance communication among divergent stakeholders. The Aquarium is learning from these workshops as well, and continues to refine the engagement model as the process unfolds. 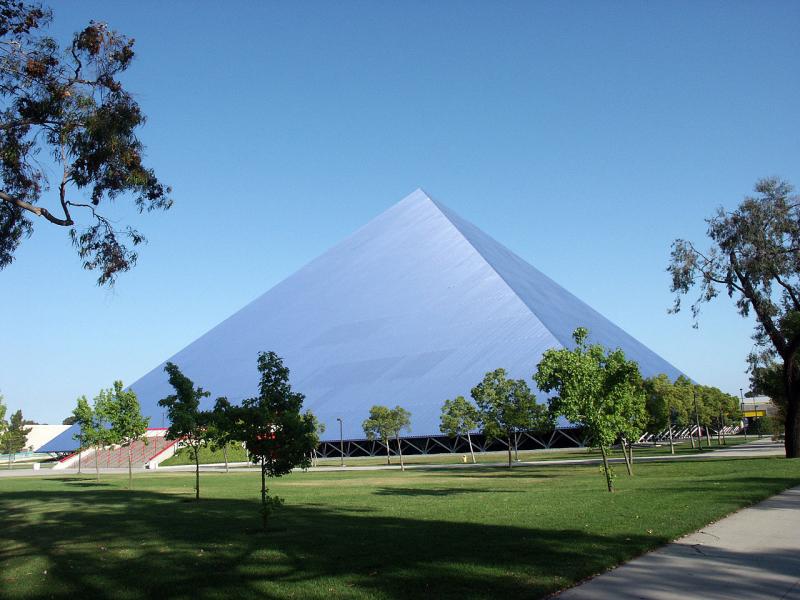 The 18-story-high Walter Pyramid is an iconic collegiate athletic facility on the campus of California State University, Long Beach.

A second initiative involves a partnership between the Aquarium and the Masters of Business Administration program at California State University, Long Beach. With the Aquarium experts serving both as clients and mentors, MBA students develop outreach programs to engage targeted neighborhoods that are vulnerable to sea level rise and coastal flooding. The students’ plans involve surveys, meetings with neighborhood and business associations, developing relevant educational materials, and connecting stakeholders with civic leaders.

Collaboration with the ArtCenter College of Design in Pasadena, California, provides opportunities for the Aquarium to incorporate the perspectives of younger people. Students in ArtCenter’s Designmatters program work with Aquarium experts to learn about climate change and ocean issues to create communication projects that address these issues. In 2016, the two institutions received a grant from the National Endowment for the Arts to develop projects focusing on climate change and coastal resiliency.

The Aquarium continues to address climate change and relevant local issues in its core exhibitions, an outreach booth, lecture programs, and mini-courses for the community. In 2016 and 2017, for example, the Aquarium worked with the Long Beach Water Department, scientific experts, and Bowman Change, Inc. to update an exhibition about watersheds. The new exhibit engages visitors with specific actions that can reduce water consumption and make the community more resilient to longer and more intense drought.

Together with other key stakeholders, the Aquarium of the Pacific plans to remain active as the City of Long Beach develops a Climate Action and Adaptation Plan. The Assessment and Citizens’ Guide provide crucial data and analysis, while outreach programs help people prepare for the dialogues that will be necessary as this coastal community adapts to a changing climate.

The Queen Mary, a retired ocean liner, is moored in Long Beach, California. It now serves as an attraction, hotel, and event center.