Climate change poses a challenge to the Seven Generations philosophy 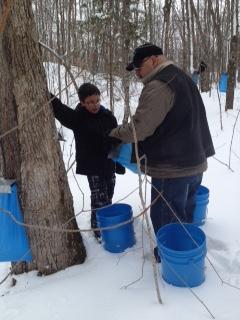 Members of the Fond du Lac Band of Lake Superior Chippewa believe that it is the obligation of the community to preserve and protect cultural resources for seven generations into the future. This Seven Generations philosophy is shared by many Tribal Nations, who implement the concept into decision making to ensure that future generations will benefit and not be negatively impacted. Adherence to this philosophy, though, is being challenged by climate change.

The reservation of the Fond du Lac Band covers 101,000 acres in northeastern Minnesota, including forested areas, undisturbed wetlands, and wild rice waters. The Band also retains fishing, hunting, and gathering rights in the Ceded Territories (areas ceded by the Band in treaties with the federal government), which encompasses eight million acres in northern Minnesota. Tribal community members are dependent on traditional food sources such as wild rice, fish, sugar bush, whitetail deer, and moose. Experts predict that the climate in Minnesota will become warmer through the century, with more precipitation extremes and changing ranges for traditional resources. Some of the subsistence species are already struggling to survive increased temperatures and heavier storm events.

Recent years have been challenging for the Fond du Lac Band. In 2012, rapidly changing temperatures led to the worst maple syrup yield in recent memory. A few months later, a 500-year flood wiped out the reservation’s entire crop of wild rice, a significant dietary staple. A drastic decline in the moose population resulted in the cancellation of the traditional moose hunt in 2013 and 2014, and possibly into the future. Fish spearing and netting seasons have become increasingly unreliable due to variability in ice-out dates (the date on when a lake is free of ice) and declines in fish populations.

A focus on combating the causes of climate change

Band members recognize what climate change can mean for traditional Ojibwe lifeways. In 2014, Fond du Lac Chairwoman Karen Diver was one of two tribal leaders appointed to President Obama’s Task Force on Climate Preparedness and Resilience, which developed recommendations to advise the administration on how the federal government can respond to the needs of communities that are dealing with the impacts of climate change. 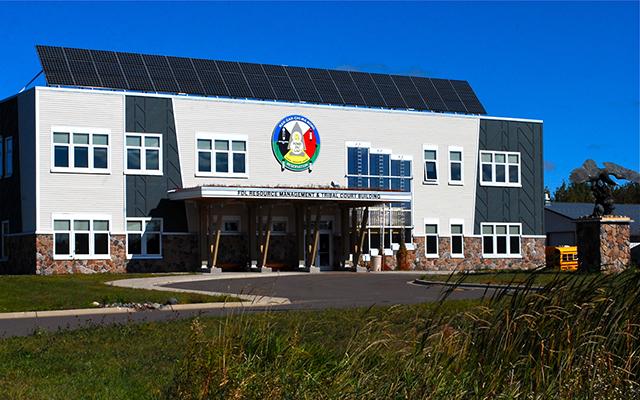 The Fond du Lac Resource Management and Tribal Court Building was the first LEED-certified building in Carlton County, Minnesota. The 12.5 kW photovoltaic system helps reduce the community’s carbon footprint by producing up to 10 percent of the building’s energy requirements.

Tribal leaders and staff have committed to reducing the Band’s contributions to the greenhouse gases that lead to warming through developing and promoting projects and policies that advance sustainability and energy efficiency. In 2007, the Fond du Lac Reservation Business Committee ratified the Kyoto Protocol, pledging to obtain 20 percent of its energy from renewable sources by the year 2020. A number of activities have been completed or are underway that are in support of that goal:

A key component of the Fond du Lac Band’s approach is flexibility, which allows participation in opportunities as they arise. The Band has worked with local, county, state, tribal, and federal agencies, as well as higher education institutions, local utilities, non-profits, and private organizations, and will continue to foster existing partnerships and seek others as appropriate. The most significant challenges to moving forward are primarily financial—funding for projects and staff to conduct the work, as well as buy-in from management, which is trying to balance decreasing budgets with increasing expectations.

By participating in these partnerships, the Fond du Lac Band is continually increasing its capacity—strengthening the skills, competencies, and abilities of its people and its community—to cope with the impacts of a warming climate.