One of Southern California’s few remaining tidal marshes—and the habitat it provides for marine life and endangered birds—is threatened by sea level rise. A collaborative effort is underway to help these wetlands stay above water.

On the coast of Orange County, California, just east of the busy global shipping facilities at the Port of Los Angeles, native birds and other wildlife still have a patch of natural environment where they can find food and shelter. Seal Beach National Wildlife Refuge—a 965-acre protected area managed by the U.S. Fish and Wildlife Service—provides vital habitat in an area that is completely surrounded by dense urban development. The refuge encompasses one of the few remaining tidal salt marshes in Southern California. It is also unique in that it lies entirely within the U.S. Navy’s Naval Weapons Station Seal Beach. 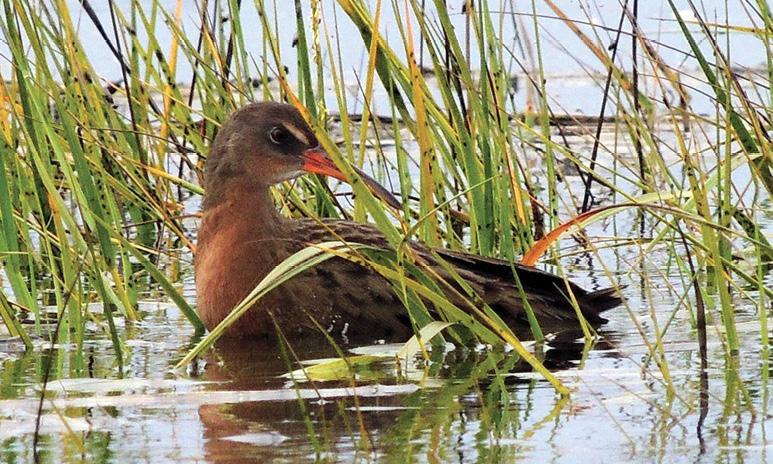 This precious patch of wetlands is a safe haven for local and migrating species, providing important nesting habitat for the endangered light-footed Ridgway’s rail and the endangered California least tern. The refuge also serves as underwater nursery grounds for the green sea turtle and other species. However, over time, these marshes could be lost to global sea level rise and local subsidence. 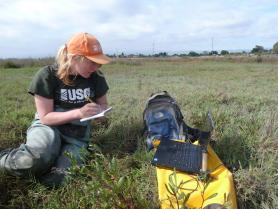 In 2012, the U.S. Geological Survey (USGS) started assessing the potential for tidal marsh loss to sea level rise at 17 sites in Washington, Oregon, and California. Initiated by USGS ecologists, the project took painstaking, highly detailed measurements of elevation, sediment accretion rates, and habitat at each site. They crunched the data to forecast the likelihood of marsh loss under various sea level rise scenarios. The resulting forecasts illustrated the importance of adaptation planning for communities that wanted to help ecosystems stay ahead of sea level rise over the next century. 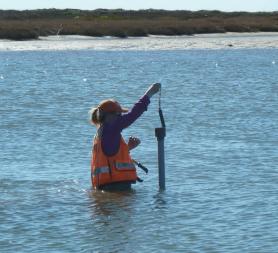 A USGS technician deploys a water logger at Seal Beach National Wildlife Refuge. Data from loggers provide detailed information on flooding and drainage patterns in the marsh, including depth during tidal cycles, inundation periods for the salt marsh plain, and characteristics of flooding during storm events.

Refuge managers were thinking about ways to protect the Seal Beach habitat and the endangered species that live there. As the refuge is completely surrounded by urbanized areas, most former sources of sediment upstream of the marsh have been lost. Without the natural sediment inputs that build up to form salt marshes, refuge officials worried that their marsh habitats would not keep pace with sea level rise.

Around the same time as refuge managers received this discouraging news, county officials were making plans to dredge sediments to maintain the depth of an adjacent waterway, and they needed a place to put the dredged material. The refuge and the county soon realized that their needs were complementary: the county’s dredged sediment could be kept and used to build up the refuge’s salt marshes.

A new supply of sediment

With funding from California's State Coastal Conservancy, the U.S. Fish and Wildlife Service, and Orange County Parks, a pilot project will begin in late 2015. The refuge will spray layers of sediment from the dredging operation over an experimental plot in the marsh. This method for enhancing marshlands has been successful elsewhere, but has not been tested in this area on these marsh grass species. 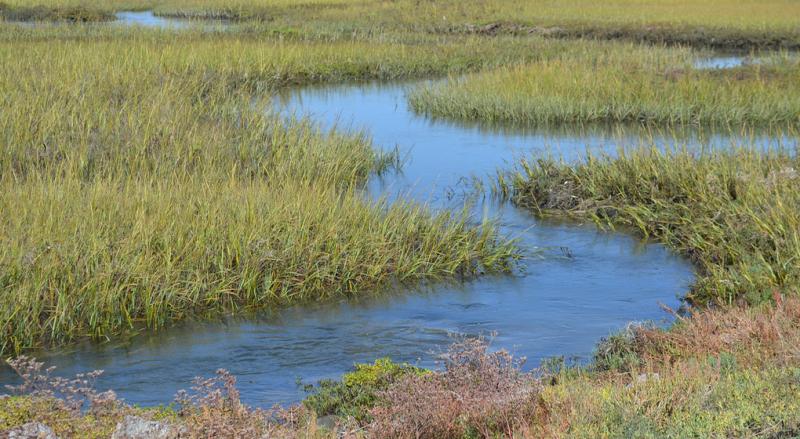 Efforts to augment Seal Beach’s reduced sediment supply continue to be guided by science. USGS models provided guidance for how high the marshes must be raised to remain above sea level, and scientists from USGS and local universities will monitor the experiment’s progress and effects on marsh hydrology and ecology as an adaptive management process. A scenario planning workshop led by USGS also helped Seal Beach stakeholders fine-tune adaptation goals using science-based decisions.

The sediment project will be a valuable demonstration for future applications elsewhere in the refuge, or for other West Coast wetlands. With solid plans to implement this sediment-supply strategy, federal, state, county, and naval partners in Seal Beach have taken a first step in securing its salt marshes and species—and with climate change adaptation, any head start beats no action at all.