ShoreZone: A Tool for Coastal Resilience

ShoreZone: A Tool for Coastal Resilience

In December 2012, Royal Dutch Shell’s arctic drilling rig Kulluk was being towed through the Gulf of Alaska when the weather turned rough. In 18-foot seas, the towline failed, and Kulluk was adrift in a storm. A few days later it ran aground on Sitkalidak Island with 140,000 gallons of diesel in its tanks.

The U.S. Coast Guard and other oil spill responders needed information quickly about the spot where the rig ran aground. 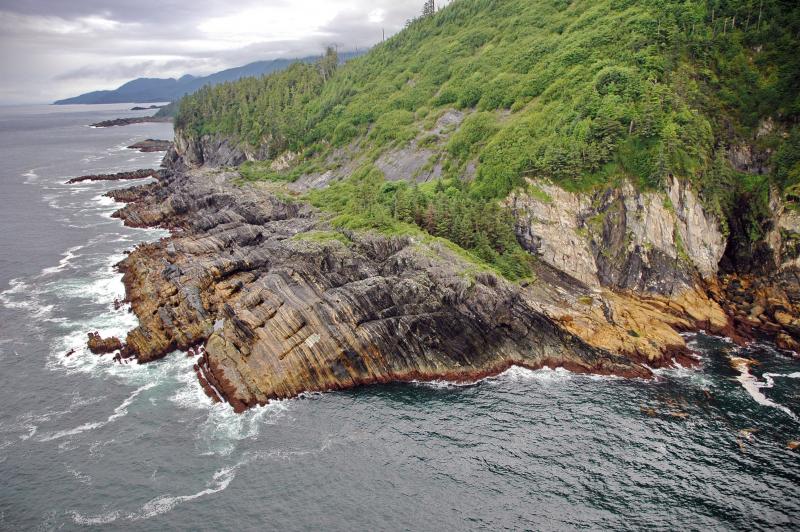 This ShoreZone image shows Cape Magdalena on Dall Island in southeast Alaska. The rocky coast contains deposits of marble, some of which have been commercially mined.

“Is it a sandy beach, or is it a jutting rock cliff that will pulverize the rig when it hits?” asked NOAA Fisheries biologist Mandy Lindeberg by way of example. “Are there salmon streams nearby, or nursery grounds for important fisheries, or other sensitive habitats that need to be protected?”

The Alaska coastline is vast—larger than the combined coastlines of the lower 48 states—and most of it is remote and uninhabited, so answers can be in short supply. And in the middle of winter when there’s little light, flying over for a quick look at the shoreline won’t be much help.

An archived view of the exposed shoreline

But responders were able to do a virtual flyover using an online database called ShoreZone (see link in the sidebar at right), a sort of Google Street View® for the Alaska coastline. Better yet, the view from the virtual flyover is of the shore in summer at extreme low tide, when the full intertidal zone is exposed to daylight. 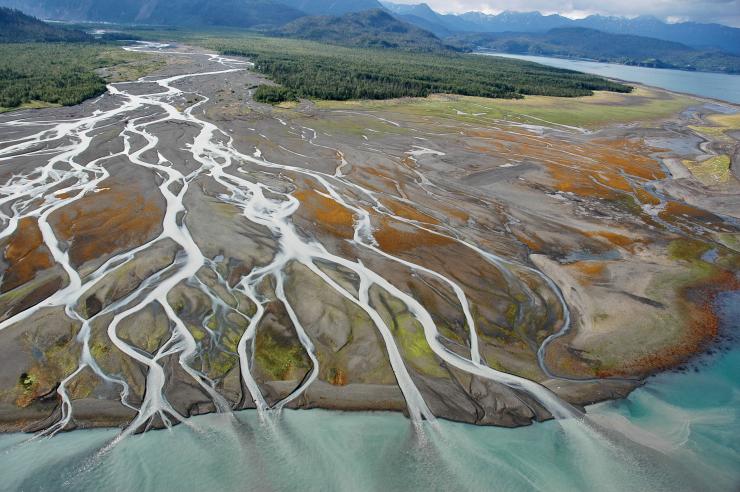 “At low tide you can see cliffs, rock ramps, stream deltas, all kinds of features that are usually hidden,” said Lindeberg. “These features can stretch a kilometer or more from shore.”

Lindeberg would know—she spends part of each summer photographing the coastline from a helicopter with the doors removed. Why don’t they just use satellite images? Because the shooting schedule has to be precise. They shoot during the five days each month with the lowest tides, and only during the four-hour low tide window on each of those days. Even if you could order up satellite images for those exact times, clouds would probably block the view.

More importantly, the helicopter offers an oblique view of the landscape, revealing surface features in three-dimensional relief that is absent in straight-down satellite images. “We have some very complex shorelines,” Lindeberg said. “Small island groups that you have to circle around, rock reefs, inlets, deltas. We can’t get the detail and scale we need for habitat mapping unless we’re flying tight around those features.”

An idea whose time has come 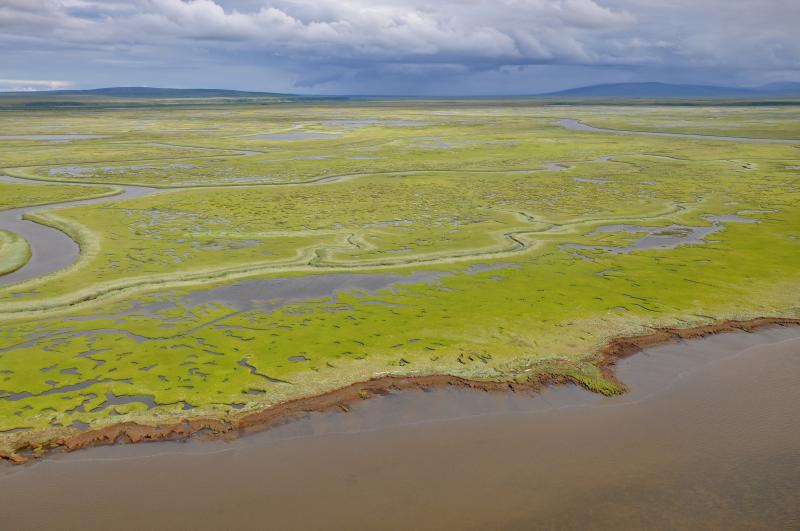 This ShoreZone image shows a low-lying section of the Arctic coast covered by a salt marsh. Marshes depend on tidal inundation for sediments, nutrients, and water supply; their low elevation also makes them vulnerable to oil spills and storm surges.

The idea for ShoreZone arose in the aftermath of the Exxon Valdez oil spill. To assess the damage from the spill, biologists and others needed to know how much eelgrass there was in Prince William Sound. Eelgrass is important habitat for juvenile fishes, including many commercially valuable species. But how much exactly was there? No one knew.

Today, this type of habitat information is readily available, and not just for Prince William Sound—it's also available for the 80 percent (and counting) of the Alaska coastline that’s already in ShoreZone. In addition to viewing and downloading photos and video, users can search the database for detailed habitat information and download GIS-compatible digital maps of the biophysical environment. As climate warms and access to the Arctic increases, additional accidents are likely. Responders can use ShoreZone imagery to assess what has been damaged and facilitate response.

Many of the images are strikingly beautiful, and they are also full of useful data. Colorful banding patterns that echo out from the shoreline delineate microhabitats in the intertidal zone. Scarring on rocky outcrops shows where winter ice scours the shoreline. And as the climate warms, great diamond-shaped hunks of permafrost can be seen falling into the ocean—the crumbling edge of a coastline in retreat.

The images and data in ShoreZone are used in advance planning for oil spills, by rescuers responding to vessels in distress, and by scientists selecting field sites. NOAA Fisheries and other agencies use ShoreZone to identify important fish habitats, review applications for industrial permits, and monitor the spread of invasive species. And Alaska Native communities use the images to assess the risks posed by eroding shorelines and rising sea levels. As the images make plain, many of those communities will soon have to move.

Finally, the images are beautiful examples of scientific photography—richly detailed visual records of life in the transition zone between land and sea. The Alaska coastline is one of the most bountiful zones on the planet, rich both in life and in mineral and energy resources. It’s also among the most vulnerable in the face of rising seas and increasing industrial development. The images in ShoreZone help professionals manage this great resource, but in their colors, contours, and textures, these beautiful images can help us all appreciate what is at stake in this stretch of a fast-changing world. 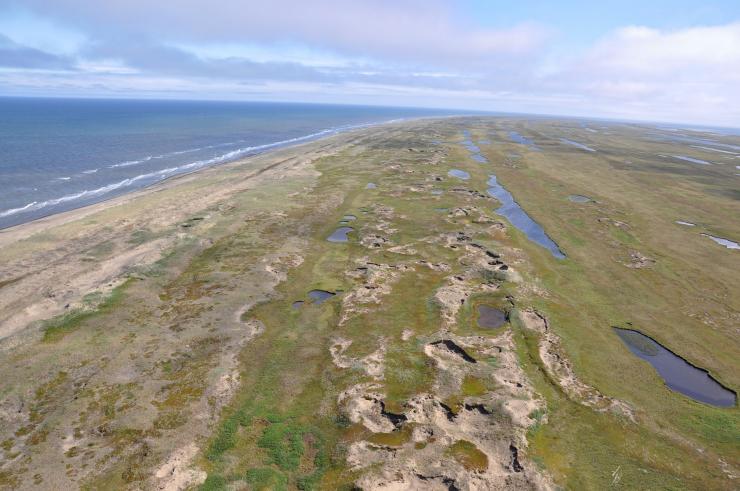 The low profile of many Arctic shorelines makes the land particularly vulnerable to sea level rise.