The coastal “Lowcountry” region of South Carolina faces unique vulnerabilities to climate change. Researchers engaged with this social and ecological community to determine how strong community resilience can promote adaptive capacity in light of a rapidly changing world.

As global climate change impacts both environmental and societal factors, coastal communities have witnessed increased attention from scientists and decision-makers due to their additional vulnerabilities. Across the eastern United States, these regions have experienced significant damage due to human development, wetland drainage, hydrologic and land-use changes, and sea level rise, along with other climate change impacts. Such factors put these areas at increased risk to climate change and other global change drivers.

As a result of these additional vulnerabilities, coastal communities must focus efforts on improving their adaptive capacity, or the “ability to prepare for environmental and social stressors in a way that is responsive to constant change.” By increasing a region's adaptive capacity, it will be better protected against global change, whether that be extreme weather disturbances or economic decline. Coastal ecosystems provide valuable services including natural barriers from storms, wildlife habitat, clean water, recreation, and historical heritage. Therefore, their protection is vital for the preservation of these resources. Similarly, increasing a region’s social adaptive capacity can also enhance resiliency to other forms of perturbation.

The coastal plain of South Carolina, known as the Lowcountry, was used to study the role of local conservation groups and broad stakeholder engagement in the process of adaptation planning for coastal ecosystems. This region, rich in cultural heritage and abounding with valuable ecosystem services, has seen impacts caused by urban sprawl, booming tourism, and a strained infrastructure network. Therefore, this area is not only vulnerable to climate change, but also subject to economic, political and social forces. The Lowcountry was deemed to have a “problem-of-fit,” implying that the magnitude of these global issues is often greater than local entities could effectively address. 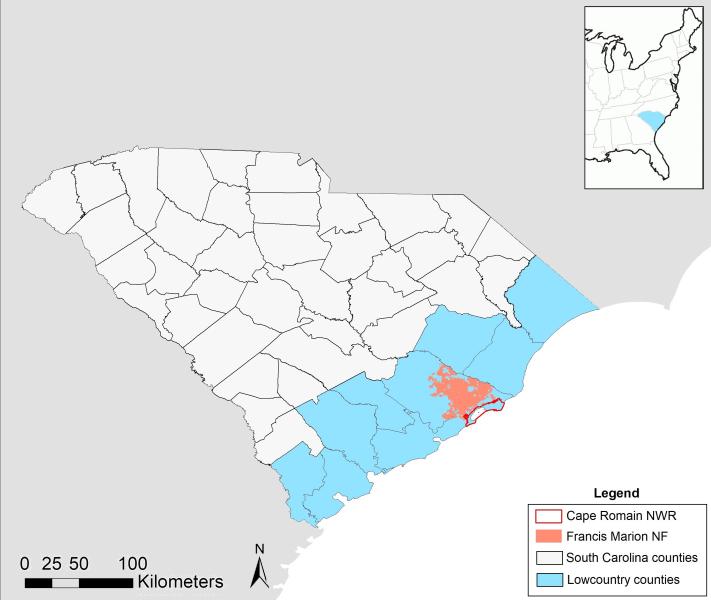 To address these impacts at a regional level, Southeast Climate Adaptation Science Center (SE CASC) and United States Geological Survey (USGS) researchers established the Cape Romain Partnership for Coastal Protection (Partnership) consisting of federal and state resource agencies and local conservation organizations serving underrepresented communities. The Partnership convened meetings and workshops to explore how the Lowcountry conservation community perceives and pursues its various missions and how the community might confront the threats and opportunities in the future. By first engaging a variety of conservation experts with interests in these social and ecological systems, multiple perspectives and values were considered to help guide future adaptation planning.

The Partnership explored a three-pronged iterative approach to strengthen the adaptive capacity of the Lowcountry community that included stakeholder engagement workshops, scenario planning exercises, and a strategic analysis of the organizations involved.

A group of stakeholders venture out to explore the vulnerable coastal ecosystem in the Lowcountry region. Exploring and understanding the priorities and values of various stakeholder groups is cruicial to developing a proper course of adaptation, thereby strengthening adaptive capacity and resilience.

The process of stakeholder engagement began with the formation of the Partnership. SE CASC and USGS researchers engaged with the Cape Romain National Wildlife Refuge staff to determine local agencies, conservation organizations, and other Lowcountry entities with interests in social, natural resources, and global change issues. Effective stakeholder engagement provided the Partnership with an understanding of where additional attention must be focused to promote a broader reach and influence.

Major stakeholder groups and their perceived level of interest and power as identified by the Cape Romain Partnership for Coastal Protection.

Interactions with Lowcountry residents and planners determined that adaptation planning should include a sense of place, cultural heritage, and quality of life. Community based governance, or allowing local citizens some stake in management decision-making, is essential for addressing the complex relationship that exists between the society and the environment and adapting this system against global change. Stakeholder engagement for this project, however, was limited to a smaller portion of a much broader conservation community, and most participants were focused on addressing change in the Lowcountry specifically.

Scenario planning exercises were used to determine the goals and plan of the Lowcountry’s conservation community to address various threats and opportunities. Unlike forecasts or predictions, scenarios are defined as plausible outcomes of future actions and decisions. Scenario planning presents a potential future through narrative and quantitative data, whereas a forecast produces quantitative data to predict a probable future event.

Participants characterized "moderate" and "severe" versions for each of the three identified drivers of change and developed four alternative future scenarios. The severity of climate change was based on observed and projected trends, and the severity of a changing world order and local values and power structures were derived from literature-based theoretical arguments. Each scenario assumed population growth will continue at pace through 2050. The resulting combinations of these drivers depict two intermediate and two extreme futures. (Click image to expand view.) 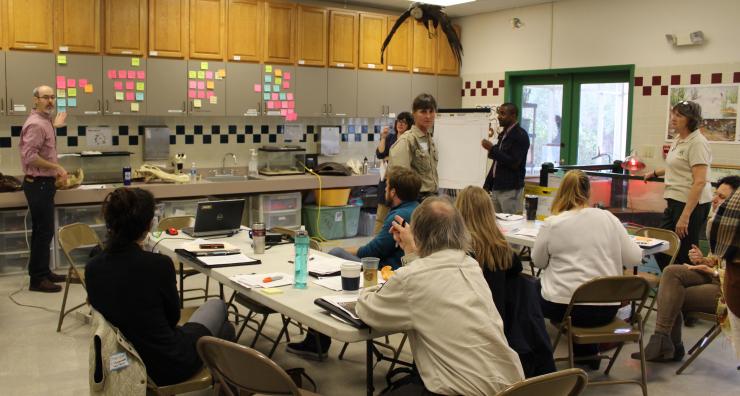 Throughout this process, members of the Partnership gathered for stakeholder engagement workhops. During these meetings, partner collaborated to visualize and prioritize their collective goals.

During this process, one stakeholder recognized that “there are certainly people who think they are not affected by climate change. However, scenario planning could expose these people to the challenges, possibilities or opportunities associated with climate change/sea level rise response.”

Throughout a two-day scenario planning workshop, scenarios were created by the Partnership and reviewed to identify important factors that will shape the Lowcountry’s future until 2050. Through this workshop, researchers developed a more thorough understanding of the values Partnership participants found to be most important for the Lowcountry in anticipation of future stressors and trends. Cultural values and provisioning services appeared to be of greatest concern, even among conservation organizations who often prioritize biodiversity. In addition to determining important values, a strong place-based attachment was also identified. Scenarios and the insights drawn from analysis were then used to produce strategic actions for adaptation in the face of future global change.

Lastly, a SWOT analysis was deployed to guide partners through an assessment of the viable (S)trengths and (W)eaknesses of the Partnership to then determine the (O)pportunities, and (T)hreats present when meeting conservation and societal objectives. Sets of prioritized strategies were formed under specific pre-defined scenarios. Results from the SWOT analysis lent itself to the creation of three strategies for addressing impacts on ecosystem services. These strategies included:

Global change, including climate change, a changing world order, and local values and power structures, will continue to impact ecosystems and communities throughout the world. However, our coastal ecosystems are uniquely susceptible to large-scale impacts from these changes. To appropriately mitigate these events, concentrated and collaborative adaptation planning must be pursued. 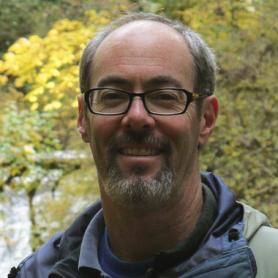 When discussing the breadth of this project, Mitchell Eaton, co-author and USGS Research Ecologist at SE CASC, stated, “Rather than emphasizing environmental conservation as a primary objective, this project recognized the tight integration of both social and ecological systems as essential components defining the coastal landscape. The ability of multiple community members to work collaboratively, to learn collectively, and to build trust, social capital, and new means of governance came to represent the most viable path towards building long-term adaptive capacity in the Lowcountry.”

This case study revealed the importance of stakeholder engagement and strong social networks in increasing local adaptive capacity, emphasizing the notion that climate change adaptation efforts should not be pursued in isolation. Lowcountry planners and residents exemplified the complex relationship that exists between societal and environmental factors and emphasized the importance of cultural considerations when making adaptation plans. To promote a truly resilient community, community-based governance with stakeholder participation and power sharing must be deployed to develop social-environmental solutions. Efforts by the Partnership and the Cape Romain National Wildlife Refuge have revealed the benefits of effective engagement and informed decision-making to achieve societal conservational goals. While this effort specifically took place in the Lowcountry region of South Carolina, these broader lessons can be adapted to inform decision-making in other vulnerable regions.