Building Resilience in the Great Lakes

Developing knowledge for decision making in cooperation with vulnerable communities and tribal nations will help to build adaptive capacity and increase resilience in the Great Lakes region. 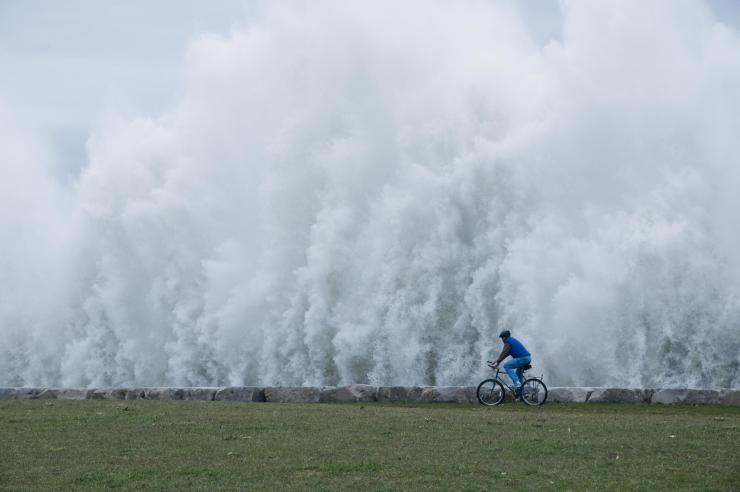 A man riding his bicycle beside an apparent wall of water in Chicago's Diversey Harbor Park in 2012, as 50–60 mph winds from Hurricane Sandy kick up 20-foot waves along the shores of Lake Michigan.

Risk-based approaches that focus on assessing vulnerabilities and that include effective planning and implementation of adaptation options help communities mitigate or better respond to these impacts; active community participation ensures the evaluation and management of risk and monitoring and evaluation of adaptation options. However, implementation of climate change planning and action in the region remains fairly low. In 2015, only four counties and cities—Marquette and Grand Rapids in Michigan and Dane County and Milwaukee in Wisconsin—had created formal climate adaptation plans, and none of them have been implemented. Moreover, a 2017 study of 371 Great Lakes cities found that only 36 of them could identify a climate entrepreneur—a public official clearly associated with pushing for climate action.

A lack of political and financial support at the state and federal levels is also a barrier to adaptation action in cities and counties. Work on estimating the cost of regional adaptation is limited, although the U.S. Environmental Protection Agency has estimated that the Midwest—of which the majority of the Great lakes region is a part—is among the regions with the largest expected damages to infrastructure, including the highest estimated damages to roads (rising from $3.3 billion per year in 2050 to $6 billion per year in 2090, in 2015 dollars, under a higher emissions scenario) and the highest number of vulnerable bridges.

Ojibwe tribes reserved hunting, fishing, and gathering rights in treaties with the United States government. Click the image for a larger view.

Tribes and indigenous communities in the Great Lakes have been among the first to feel the effects of climate change—it impacts their culture, sovereignty, health, economies, and way of life. The Great Lakes contains ceded territory: large swaths of land in Minnesota, Wisconsin, and Michigan in which Ojibwe tribes reserved hunting, fishing, and gathering rights in treaties with the United States government. Climate change presents challenges to the Ojibwe tribes in co-managing these resources with other land managers; as the climate changes, various species are declining and may shift entirely outside of treaty boundaries and reserved lands.

In certain tribal cultures, all beings (species) are important, so climate adaptation efforts that favor certain beings over others can be problematic. Adaptation to climate change might also mean giving up on something deeply embedded in tribal culture for which no substitute exists. For example, a family sugarbush—a forest stand used for maple syrup—cannot be replaced culturally, spiritually, or economically if the sugar maple range shifts outside treaty or reservation boundaries.

Projected changes in climate, particularly increases in extreme precipitation events, will have negative impacts on tribal culture and people in the Great Lakes. Reservations are often located in isolated rural communities, for example, meaning emergency response to flooding presents challenges in getting help to tribal citizens. 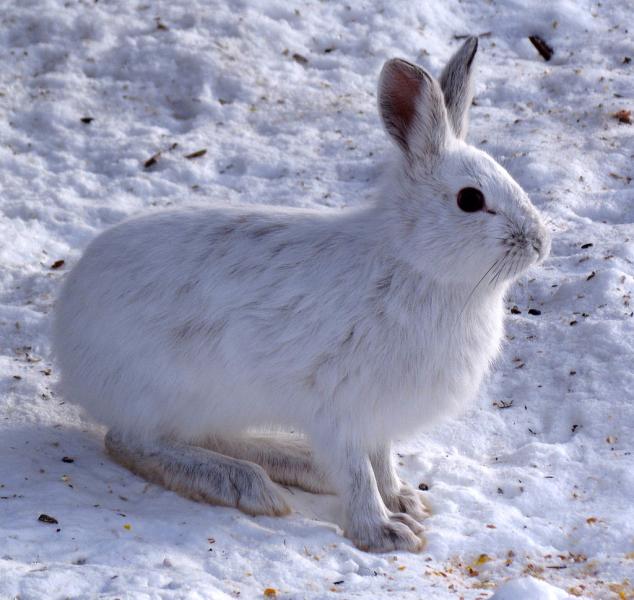 Tribal nations across the United States, including in the Great Lakes region, are developing climate adaptation plans that bring together climate data and projections with the traditional ecological knowledge (TEK) of tribal members. Climate change effects aren't typically immediate or dramatic because they occur over a relatively long period of time. However, tribal elders and harvesters have been noticing changes, such as declining numbers of waabooz (snowshoe hare)—many of which have been less, or more slowly, recognized by "scientific ecological knowledge" (such as the field of ecology, which studies the interactions among organisms and their environment). The TEK of elders and harvesters who have lived and subsisted in a particular ecosystem can provide a valuable, and nuanced, understanding of ecological conditions on a more localized scale. Integrating this TEK in climate change initiatives provides a more complete understanding of climate change impacts, and community input into tribal adaptation plans ensures that TEK can be used to produce adaptation strategies that are trusted by community members.

Organizations such as the Great Lakes Integrated Sciences and Assessments and the Wisconsin Initiative on Climate Impacts and research projects such as Useful to Usable (U2U) have created mechanisms and tools that promote the joint development of usable climate information for different types of stakeholders, including city officials, water managers, farmers, and tribal officials. In addition, binational partnerships between the United States and Canada in support of the Great Lakes Water Quality Agreement are piloting products to provide timely and succinct climate summaries in an easy-to-understand format.

Strategies being implemented as a result of these collaborations, including the use of green infrastructure and water conservation efforts, are reducing sensitivity to the impacts of climate change in the Great Lakes. However, these organizations face challenges, including high costs for interacting with users, customizing climate data, and building trust.

Federal agencies, through regional groups such as those working on Annex 9 of the Great Lakes Water Quality Agreement, are addressing mounting threats to the prosperity and resilience of the Great Lakes region by examining many sectors, including food and water security, infrastructure, and public health and safety.

Several federal agencies have established regional climate centers to serve as hubs for information about projected climate impacts on specific sectors; these include agriculture, forestry, long-term climate predictions, phrenology, and ecosystems. Visit the websites below to find more information on how you can build resilience in your area.

NOAA in the Great Lakes

To learn more about building resilience, visit Topics. The following topics may be particularly helpful: