Since colonial times, Boston has been a center of economic, social, and cultural activity. As the largest city in New England, it remains at the heart of economic opportunities for this region of the United States.

Historically, the city’s coastal location has been protected from storm surge by 34 harbor islands that served as buffers from coastal storms. Today, however, this location is increasingly at risk, as approximately 30 percent of Boston consists of filled tidelands and lies within eight feet of today’s high tide. Without some type of intervention, these areas will be at risk of chronic saltwater flooding by 2100.1 Furthermore, since much of Boston was built by filling wetlands, its land is subsiding (sinking) by roughly six inches per year.2

As a result of rising waters, hazards such as coastal and inland flooding, sea level rise, and storm surge from nor’easters and hurricanes threaten the city. It is likely that these hazards will become more intense, frequent, and of longer duration due to climate change.3,4 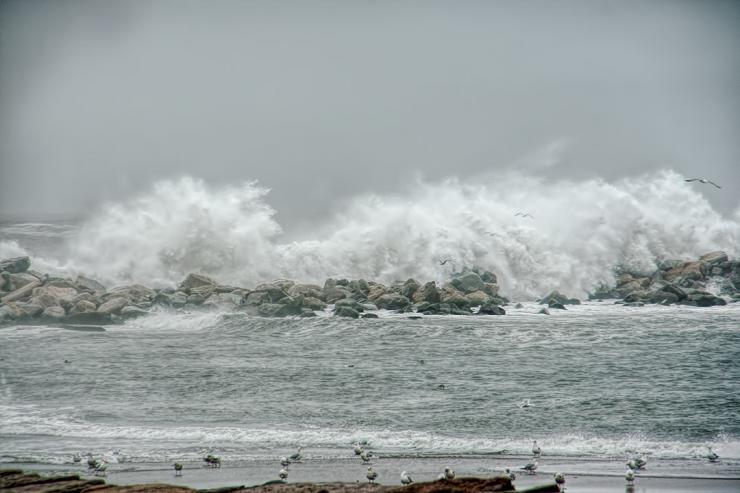 Rising seas increase the risk of coastal flooding during storms. Here, waves crash over a rock jetty during the March 2010 nor'easter in the Atlantic Ocean.

In order to be better prepared, Boston is taking proactive steps to reduce vulnerability and enhance overall resilience. In 2007, Mayor Thomas M. Menino issued an executive order—the Executive Order Relative to Climate Action in Boston—that requires all city offices to incorporate climate change projections into their planning and project-review processes.5 This action not only helped to more effectively integrate climate change information into everything the city does, but it also jump-started a series of initiatives to “green” Boston’s built environment so that the city is better prepared for climate change. 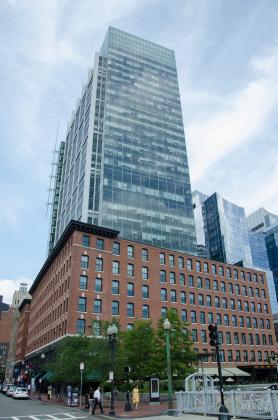 The City of Boston is, in fact, undertaking a variety of initiatives to become more resilient—including developing green infrastructure installations, advancing an urban forestry program, updating wetland and flood ordinances, and educating businesses on their vulnerabilities. Most recently, the city has chosen to improve the resiliency of new development and existing structures.

Since 1996, Article 80 of the Boston Zoning Code has been used to provide clear guidelines for reviewing development-related projects. To help achieve long-term preparedness and sustainability, Boston’s city officials decided that both public- and private-sector development projects would need to be able to mitigate and adapt to climate change. The city took a step forward by requiring that all private developers subject to Article 80 prove that their projects could be certifiable under the LEED (Leadership in Energy and Environmental Design) program. This requirement, under Article 37 of the code, is known as the "greening" building requirement.

While this step is important, it doesn’t relate specifically to potential impacts from climate change—so more action was needed.

In November 2013, Boston Zoning Code Article 80 was revised to require climate change impacts to be considered in the design of new developments over 20,000 square feet or in the renovation of existing buildings over 100,000 square feet. Specifically, developers must identify potential climate and environmental changes, as well as how these changes will affect the project’s sustainability and building inhabitants’ safety.6

To help developers meet this requirement, the Boston Planning & Development Agency (BPDA) and Boston Environment Department staff created the Climate Change Preparedness and Resiliency Checklist (see link at right, under Tools). The checklist is part of the project review application process, and helps project developers consider the impacts of future climate conditions such as extreme heat and rising seas. Through a range of questions, respondents identify both direct and cascading impacts that could affect the expected life of their proposed project. Respondents also must describe efforts they would use to help address the impacts they identified.7

The checklist does not prescribe solutions. Rather, its purpose is to encourage developers to discuss, brainstorm, and consider some promising practices that promote adaptation. Given that there are multiple ways to address climate concerns and no single solution, developers have the flexibility to determine the best response for their projects, and to make solutions site- and context-specific. 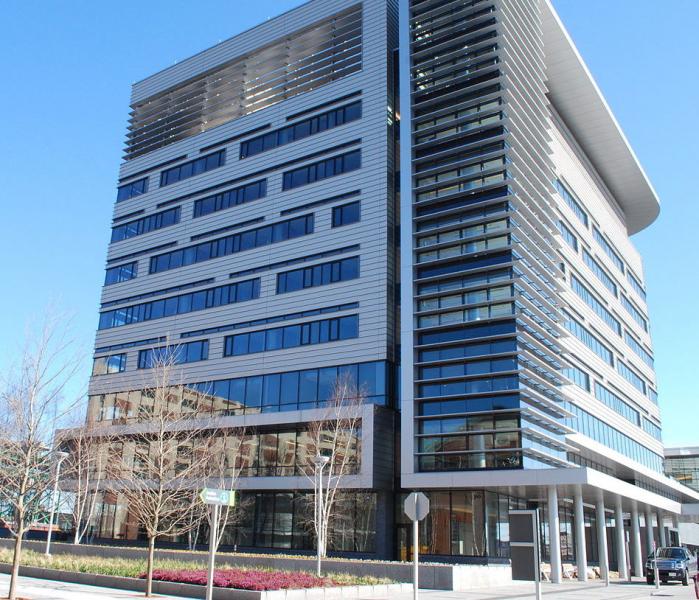 The Spaulding Rehabilitation Hospital, located right at sea level near the Charlestown Navy Yard, is one example of a project that has factored climate change adaptation into its major renovations. Adaptation actions they implemented include moving critical power equipment to higher floors and putting backup generators on the roof. These steps can help the hospital stay operational and safe during extreme weather events. (See the related case study Investment in Infrastructure at Sea-Level Hospital Will Pay Off by Reducing Risk.)

In terms of moving forward, the BPDA and Boston Environment Department are planning to revise the checklist to make the questions more clear. They are also looking at developing and expanding the recommendations for promising practices that developers could include in their project designs. For example, developers could consider investing in on-site renewable or clean energy generation so that their buildings remain functional with a reliable source of energy.

Building resilience and adapting to climate change is an iterative process than can take many forms. In the case of Boston, the actions mentioned above, along with the Greenovate Boston: 2014 Climate Action Plan Update (PDF), are proactive steps forward.

The city is encouraging—and at times requiring—both public- and private-sector investments to incorporate climate change information into their planning and designs to better protect and sustain Boston’s citizens into the future.