The city of Fredericktown, Missouri, is nestled in the foothills of the St. Francois Mountains, surrounded on three sides by the Mark Twain National Forest. Roughly 90 miles south of St. Louis, the community of just over 4,000 residents relies on Fredericktown City Lake as its primary source of water. City Lake is fed by the Little St. Francis River, which receives the majority of its water from precipitation and melted snow. To serve its customers, the city's drinking water plant treats approximately 500,000 gallons per day.

In recent years—for the first time since the Little St. Francis River was dammed in 1954 to form City Lake—Fredericktown's water managers and residents have become concerned over the effects of both intense precipitation and drought on their water supply.

Heavy rain events have led to an increase in bank erosion, sedimentation, and an influx of contaminants to the lake from closed lead mines upstream in the watershed. The sedimentation and other contaminants not only increase the turbidity of the water, but reduce the volume of lake storage as well. In turn, the smaller volume and reduced water quality have played a role in greater treatment costs.

Drought is another new challenge in Fredericktown. Drought occurred in the summer of 2012 and, combined with the lower storage capacity in City Lake from sedimentation, the Fredericktown community witnessed significant lake bottom exposure. The total reservoir levels dropped to just three feet above normal intake levels. Throughout the drought event, Fredericktown turned to the Boy Scouts' S bar F Scout Ranch, located 12 miles north of Fredericktown. City water managers requested that the Ranch release water from the property's Nims Lake into tributaries in order to supplement City Lake.

Drought conditions during 2012 reduced the volume of water in City Lake. Water levels were only three feet above the water treatment plant's intake valves.

In November 2014, Fredericktown began to work with the U.S. Environmental Protection Agency’s Creating Resilient Water Utilities program. City staff participated in teleconferences, meetings, and webinars on the climate assessment framework using the Climate Resilience Evaluation and Awareness Tool (CREAT). This framework enables utilities to use models that help them assess future climate change in order to understand risks and evaluate adaptation strategies. Fredericktown Water Plant Manager Floyd Shell, Jr. describes how the utility got involved with the program: “The big motivation…was the experience that we had in 2012, with the drought ourselves, and also seeing the impacts of California and Texas and their drought-related matters.” 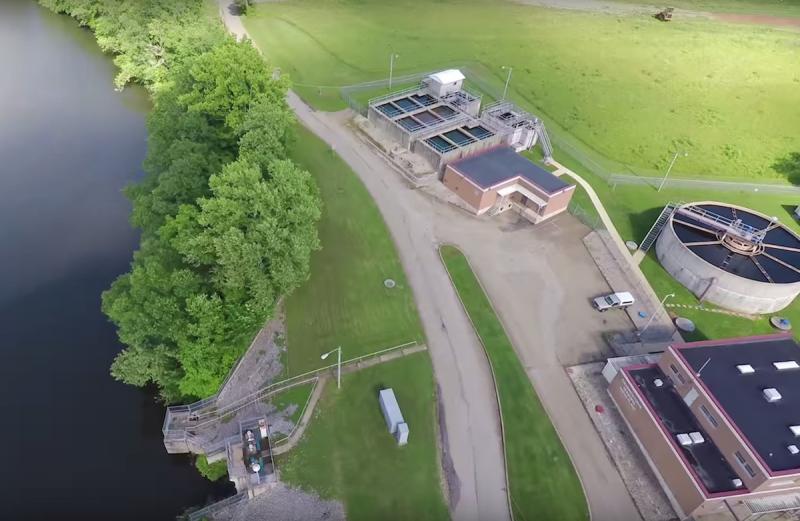 The Fredericktown Water Treatment Plant treats around a half-million gallons of water per day.

During the risk assessment process in their use of CREAT, Fredericktown managers evaluated their assets and vulnerabilities, focusing on the primary goal of addressing potential impacts to the water treatment plant. Utility managers also examined the potential consequences of future drought on their water supply and considered how heavy precipitation events in the future might affect water quality. The assessment stimulated a discussion of ways to increase water storage capacity and strategies for supplementing water supplies from other sources.

Based on their needs and resources, Fredericktown is currently developing a contract with the S bar F Scout Ranch for use of water from Nims Lake during dry periods. This solution can help them address short-term issues of water supply. Additionally, as part of a longer-term solution, they are pursuing the infrastructure necessary for the first dredging of City Lake. As they take action to build the water system's resilience, Fredericktown's water managers plan to continue using CREAT to inform them as they make further decisions and actions.

These adaptation strategies will help the community be better prepared for future climate-related events. As plant manager Shell and Fredericktown Source Water Protection Committee member John Bennet consider the significance of climate adaptation planning for the community and utility, they both agree, “We are members of the community. We want to see the city prosper and go on. Our grandchildren and children will be raised here and we’d like for them to have a water supply like we’ve always had.”