Yetka’s concern is the Minnehaha Creek Watershed, an area that includes portions of Minneapolis, Minnesota, and surrounding communities. Wood works for the Lake Sunapee Protective Association in Sunapee, New Hampshire. Over the last decade, both of these watersheds experienced extreme storms that caused extensive (and expensive) damage and even human fatalities. Citizens, business owners, and local government leaders are weary of working to recover from these events. With projections for increases in the severity and frequency of heavy rainfall events in the future, leaders worry that they might experience an event that could overwhelm their abilities to cope.

Though both their watershed organizations have climate action plans on record, and the plans mention adaptation efforts, Yetka and Wood were worried that no meaningful steps had been taken toward identifying and reducing their already-increased risks. They wanted to raise awareness of increasing threats and move climate adaptation efforts onto local leaders’ agendas—they simply didn’t have the expertise or resources to facilitate adaptation on their own. 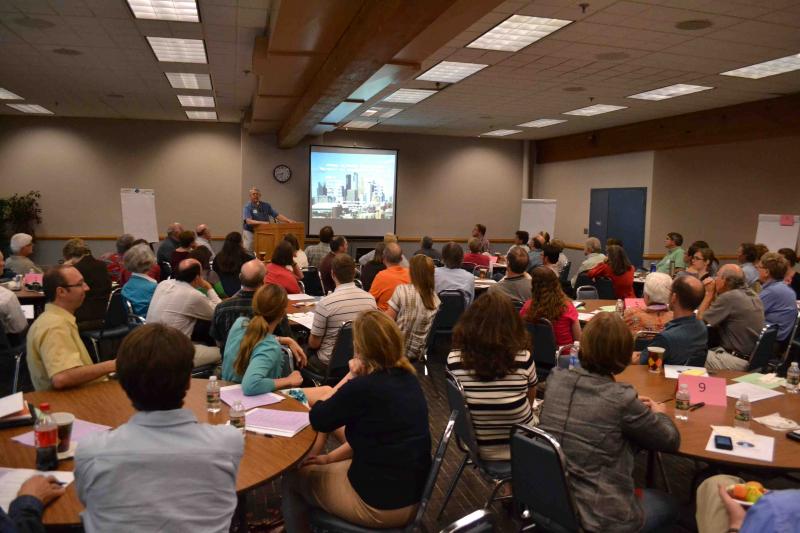 In 2012, stakeholders and decision-makers in the Minnehaha Creek Watershed District participated in an outreach event to explore recent and projected flooding impacts and to consider potential solutions.

The two water resource managers hit upon a plan to convene teams of local citizens, leaders, planners, and university researchers who could contribute to their efforts. They recruited individuals with a range of local knowledge and expertise and worked with them to identify vulnerabilities and achievable pathways for protecting vulnerable portions of their communities. Yetka and Wood worked with their teams to host outreach events to educate and engage additional citizens and leaders on recent impacts. At these events, they took the time to listen carefully to individuals’ concerns, accounts of local flooding, and ideas for potential solutions. 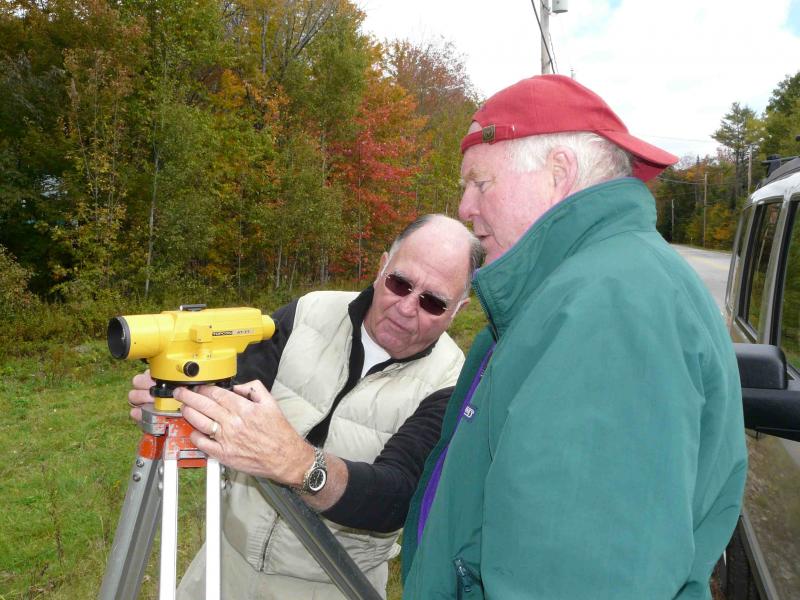 The teams gathered local information and explored regional information in the Third National Climate Assessment. Through their study, teams learned that their regional climates have already changed. As a result, portions of each community’s existing drainage systems are already undersized, resulting in greater and more frequent flooding than engineers had planned for. The teams became aware that design standards used to guide engineers to the right size of culverts and bridges for different portions of their drainage systems are likely inadequate for the higher volume of stormwater projected to enter the system from future storms.

The teams also learned that significant portions of their drainage systems are not vulnerable: they judged many features of their drainage systems to be adequate even for severe storms expected over the next few decades. They also recognized that some of the steps their communities are taking to reduce stormwater runoff can also reduce their climate vulnerability. Both communities found a large body of information and experience on preparing for the changing climate, especially from Europe. Seeing successes in other locations made the teams feel comfortable drawing upon these resources to guide planning in their own communities.

The Minnehaha Creek and Sunapee watersheds are now much closer to undertaking major adaption programs. Though they have yet to implement a large-scale plan, community leaders and stakeholders now discuss their climate challenges and options for adaptation. Additionally, planners are aware of practical and affordable actions they can consider implementing, and public works managers know of opportunities for improvement within their drainage systems. Leaders in surrounding communities are also aware of the progress these groups have made, and are moving ahead to develop their own pathways to increased resilience.

Through their watershed protection organizations, Yetka and Wood worked with local individuals who have a vested interest in their communities. The results include a heightened awareness of the need for climate adaptation and a sense of progress in fighting the impacts of future storms. Both communities have already increased their chances to avoid impacts that could permanently degrade their vitality and viability, and they are set to continue increasing their resilience.